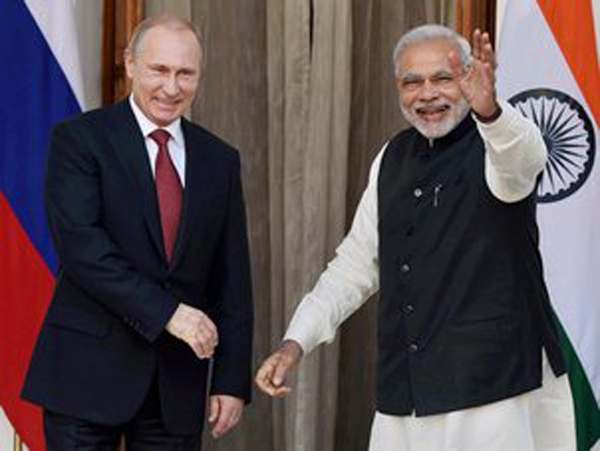 India and Russia on Monday underlined that the Afghan soil should not be used for sheltering, training, planning or financing any militant groups including the ISIS, the Al-Qaeda and the Lashkar-e-Taiba (LeT), and decided to provide immediate humanitarian assistance to the Afghan people.

In their summit talks, Prime Minister Narendra Modi and Russian President Vladimir Putin also pitched for the formation of a truly inclusive government in Kabul and reiterated their strong support for a peaceful, secure and stable Afghanistan, according to a joint statement.

The mentioning of LeT in the statement assumes significance as it reflects Russia’s understanding of India’s concerns over the possible risk that the Pakistan-based terror groups pose after the Taliban’s capture of power in Kabul.

The statement said the leaders welcomed the close coordination between India and Russia on Afghanistan, including through the creation of a permanent consultative mechanism on the issue between the security councils of both countries.

“They highly appreciated the finalisation of the roadmap of interaction between India and Russia on Afghanistan, which symbolised convergence of views and interests of the two sides,” it added.

The statement said the “leaders emphasised that Afghanistan’s territory should not be used for sheltering, training, planning or financing any militant groups including ISIS, Al-Qaeda, LeT etc.”.

“They reaffirmed their firm commitment to combat terrorism in all its forms and manifestations, including its financing, the dismantling of militant infrastructure and countering radicalisation, to ensure that Afghanistan would never become a safe haven for global terrorism,” it said.

The statement said both sides recalled the importance of the relevant United Nations resolutions on Afghanistan as well as the recent outcome documents of the Moscow format consultations and other international and regional mechanisms.

Modi and Putin emphasised the central role of the UN in Afghanistan.

“The sides discussed the evolving situation in Afghanistan, especially the security situation and its implications in the region, the current political situation, issues related to terrorism, radicalisation and drug trafficking etc.,” the statement said.

It said the two leaders outlined the priorities, which include ensuring the formation of a truly inclusive and representative government, combatting terrorism and drug trafficking, providing immediate humanitarian assistance and preserving the rights of women, children and minorities.

“The leaders reiterated strong support for a peaceful, secure and stable Afghanistan while emphasising the respect for sovereignty, unity and territorial integrity and non-interference in its internal affairs,” the statement said.

“They also discussed the current humanitarian situation and decided to provide immediate humanitarian assistance to the Afghan people,” it added.

It said both sides strongly condemned terrorism in all its forms and manifestations and urged the international community to intensify cooperation against terrorism, including safe havens, terror financing, arms and drugs trafficking, radicalisation and malicious use of information and communication technology.

“Both sides reaffirmed their shared fight against international terrorism, concerted action against all militant groups, including those proscribed by the UN, condemned cross-border movement of militants  and called for the perpetrators of terror attacks to be brought to justice, without any political or religious considerations,” the statement said.

The two sides denounced any use of militant proxies and emphasised the importance of denying any logistical, financial or military support to terror groups to launch or plan attacks.

“Both sides reaffirmed the need to support and strengthen the FATF and the UN Office of Counter-Terrorism in their shared fight against terrorism. They reaffirmed their mutual commitment to strengthening the current international drug control regime based on the three relevant United Nations conventions,” the joint statement said.