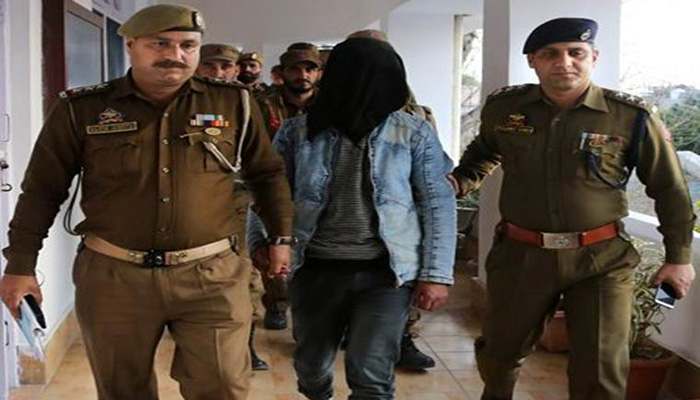 The school record of the accused revealed that his birth date was March 10, 2006.

The person accused of lobbing a grenade at the Jammu bus stand, killing two people and injuring more than 30, is a Class IX student who will be turning 13 years old on Sunday, his school certificate shows.

Hours after the grenade blast on Thursday, Jammu and Kashmir Police said that a person from South Kashmir’s Kulgam had been arrested, and that he was tasked by the Hizbul Mujahideen’s Kulgam district commander to carry out the attack.

On Friday, the school record of the accused revealed that his birth date was March 10, 2006. “This is to certify that… is a student of class 9th. His date of birth as per school records is as under 10-3-2006,” reads a certificate issued by the principal of a school in Kulgam district, where the accused is enrolled. The Indian Express accessed a copy of the certificate issued by the school on Friday.

The police have sought details from the school regarding his date of birth.

At a press conference in Jammu on Thursday, senior police officers led by IGP Jammu M K Sinha had presented the accused before the media and revealed all his details. When asked why this was done for an accused who seemed to be a juvenile, the police said they “were not aware about his age”.

“We didn’t know his age and we still don’t know (his age),” Sinha told The Indian Express on Friday.

Advisor (Home Department) to the J&K Governor, K Vijay Kumar, told reporters in Srinagar that the accused is an “ordinary youngster” who was made a “mercenary”. “There are elements who have motivated him. He is a very ordinary youngster and has been made into a mercenary,” said Kumar.

The family members of the accused said he left home on Tuesday afternoon to visit his maternal uncle. “He spent a night there and next day (Wednesday) he left, saying he was going home. But he didn’t return. We had no idea that he reached Jammu,” his mother said. “On Thursday morning, he called us and asked for a contact number of a relative in Jammu… in a few hours we heard he was arrested.”

Another relative said: “We request Governor Sahib to intervene. He is an innocent boy. Anyone can check his background. He was never involved in anything.”