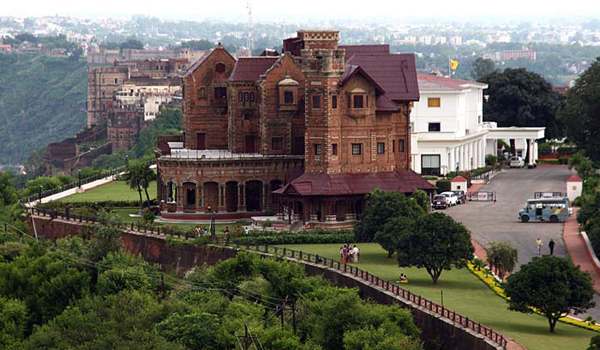 Jammu rarely figures in the national conscience .  Unless it is read with  Kashmir- that is the state of Jammu and Kashmir – its physical , geographical  and  demographic identity  seems to get immersed with the overall identity under one  nomenclature  “Kashmir.”  There hardly is anything common between Kashmir and Jammu in terms of their respective  ethnic, physical and cultural features and heritage .

It is a product of  the geographical boundaries that were extended  during the Dogra rule, particularly after  Amritsar Treaty when  founder of the state  Maharaja Gulab Singh  bought the Valley for a sum of Rs. 75 lakhs from the Britishers .

Today, Jammu  is not what it was  say  70 years ago. There has been considerable erosion  in its  identity . And, the problem is that this erosion that  took place over the decades is  corroding further  its  entity. It is a sorry state of affairs .

While sounding realistic  in the given situation  in the state, former Sadar-e-Riyasat Dr. Karan Singh ‘s call for “ some new political arrangement in which Jammu gets its due share in governance and its life is not impacted by  the troubles in Kashmir,” there was  a painful acknowledgement  that Jammu has lost its original say in the state of affairs.

Undoubtedly with the dismantling of  monarchy , and  arrival of democracy , the Dogras who  had ruled the state for  about a century up to trans-Himalayas in Gilgit Baltistan and the state having its boundaries with Afghanistan,, China and India ,could not have retained their  top position . They had lost the crown .

Counting of failures of the  past will not help Jammu to restore its original  prestige . Nor it would have the same geographical and  psychological unity once enjoyed by it. The region has been  successfully  fragmented , not only on the ethnic and demographic lines , but also on the matters of the faith of the residents. Islamic radicalism has been allowed to grow . Kashmir-centric leadership’s success in  embracing the  sub- regions of Jammu  by invoking the religious affinity is the direct result of the  failure of the so-called leadership of Jammu, which never looked beyond the plains and the Hindu dominated belt of Jammu region .

It led to a mindset of retreat . Jammu  as   a strong regional  unit , lost its say in the political decision-making . The leadership of the region , which was mostly in the hands of Congress always compromised  with its identity with Kashmir , and now BJP has gone a step further- it has  obliterated the Indian presence in Kashmir, with which the region and its parties were associated with .

Giving a boost to Jammu region and all its ethnic and geographical units  in equal measure would serve the Indian interests in the state of Kashmir, otherwise  there is a danger of further degradation and fragmentation of Jammu.