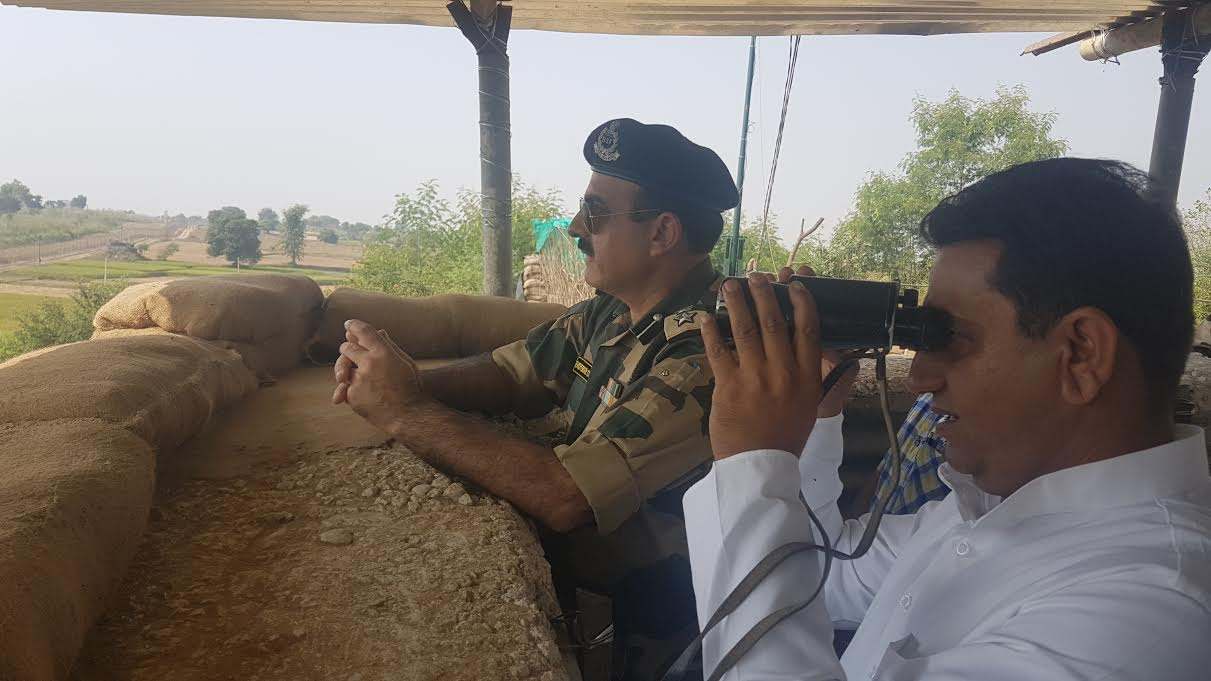 Kathua, October 19: BJP MLA from Kathua, Rajiv Jasrotia today visited firing affected areas near Chandwaan Post to assess first hand information of these areas and to share sufferings of people living on the border areas. Speaking on the occasion, MLA said that it is well known to the entire nation that unprovoked ceasefire violations have been continuously taking place by the Pakistan army who appears to be emboldened by the statements of terrorist’s organizations operating from its soil to disturb peace in the area. Jasrotia took stock of the situation by personally talking to the people living on the border. During interactions, the people on the border areas narrated incidences of frequent ceasefire violations by the Pakistani troops which has become a consistent cause of worry. Though, at the same time they sounded brave enough to retaliate such incidences with the courage and commitment to defend their country. Visit of MLA proved quite inspiring as he appreciated the courage shown by these people under extremely difficult conditions at the risk of their lives but these brave people appeared committed to the Nation. He also assured to the people that the loss incurred due to unprovoked firing from the Pakistani side will be compensated adequately at the earliest. After understanding their unique problems concerning development of border areas and other problems of essential services faced by them, MLA committed that their woes will be conveyed to the concerned quarters at Delhi. Jasrotia also participated in free medical checkup camp at Village Gujjar Chak organised by BSF Commandant Sh. Bhupinder Singh.MLA speaking on the occasion said that traditionally the Army defends the borders and, whenever called in, helps in counter-insurgency operations and provides aid to the victims of calamities. However, in Jammu and Kashmir (J&K), the Indian Army has extended its mandate to rebuild the lives of people devastated by terrorism. Operation Sadbhavana (meaning Goodwill), launched in 1998, is an unique attempt to apply the healing touch to win the hearts and minds (WHAM) of people by promoting development activities focuses on their basic needs.The Army has been running schools and orphanages, improving the living standard of the locals by constructing roads and bridges, installing hand pumps and electrifying villages and giving them free medical services. Excursion and education tours have also been organised during this period, MLA maintained.