J&K Assembly not to be dissolved 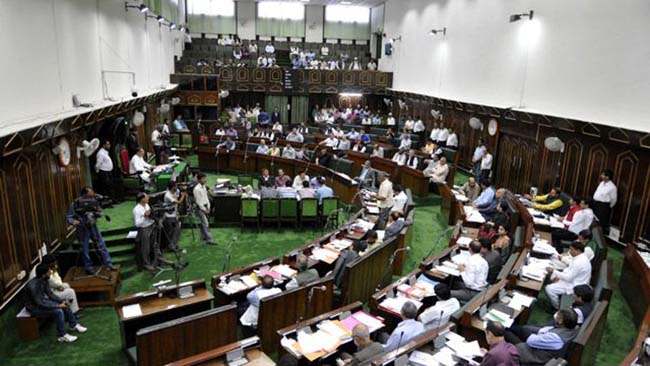 The state legislative assembly in Jammu and Kashmir  is not going to be dissolved anytime soon  as  the Central government wants to  take another shot  at a popular government in the state as  it wants to  have this state back in its fold.

Till date , there is no consensus among the political groups to dissolve the House that came into being after the fiercely fought 2014 elections that delivered 28 seats to PDP, 25 to BJP, 15 to National Conference and  12 to Congress. The rest were independents in the House of 87. There are two nominated women members as well.

Governor N N Vohra had sought views of the parties on their  next move, while National Conference’s Vice President and  leader of the opposition in the House Omar Abdullah  that is now in a state of  suspended animation ,  was categorical in demanding the dissolution of the Assembly, BJP and PDP wanted the Assembly to  stay in suspended animation.

“ As of now there is no plan of the Centre to get the House dissolved,” a  highly placed source in the   Central government told JKNT

J&K govt websites to have more privacy and security