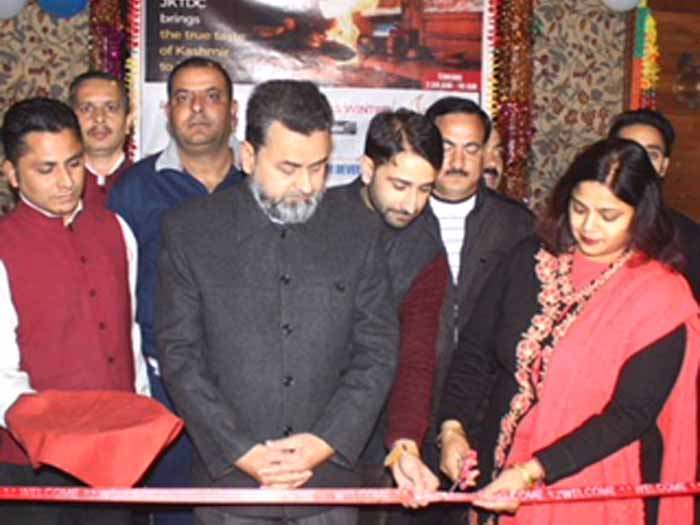 JAMMU, DECEMBER 25: J&K Tourism Development Corporation (JKTDC) today organized Harisa Festival ‘A winter cuisine of Kashmir’ to give a novel experience of Kashmiri traditional cuisine to Jammuites and to tourists.

Managing Director JKTDC, Anjum Gupta inaugurated the 10 day festival which is being organized by JKTDC to bring the taste of Kashmiri traditional winter cuisine to Jammu. This cuisine is being served with traditional Kashmiri bread and Kashmiri salt pink tea.

On the occasion, MD JKTDC said that it has been an endeavor of the corporation to promote and present the cuisines of the state to people of other regions, states. “We have been organizing the Harisa festival from last 3 years to promote this cuisine and to introduce the local populace of Jammu region to this popular dish. Similarly, the corporation had also organized the Dogra food festival last month,” she added.

She said that the corporation is keen to promote tourism industry in the state by conducting food festivals at the un-explored tourist attractions to lure maximum tourists and enhance destination branding. Besides, it will eventually help to bring forth the positive image of the state, she added.