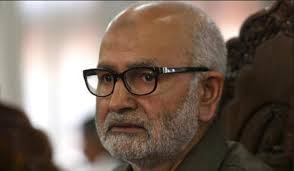 Ruling out any crisis with in PDP, Education Minister and senior PDP leader, Naeem Akhtar today told media in Jammu that there is no crisis within the ruling PDP after sitting Lok Sabha MP, Tariq Hamid Karra’s resignation from party.

“People come and go, it has no effects on party as well as PDP-BJP coalition in Jammu and Kashmir,” said Akhtar, who is also official spokesperson of Mehbooba Mufti-led state government.

Giving the example of former Union Minister and state Congress president, Prof Saif-u-Din Soz, who voted against the then NDA government in way back in 90’s, but there was no crisis in NC then, Naeem Akhtar said that all is well with PDP.