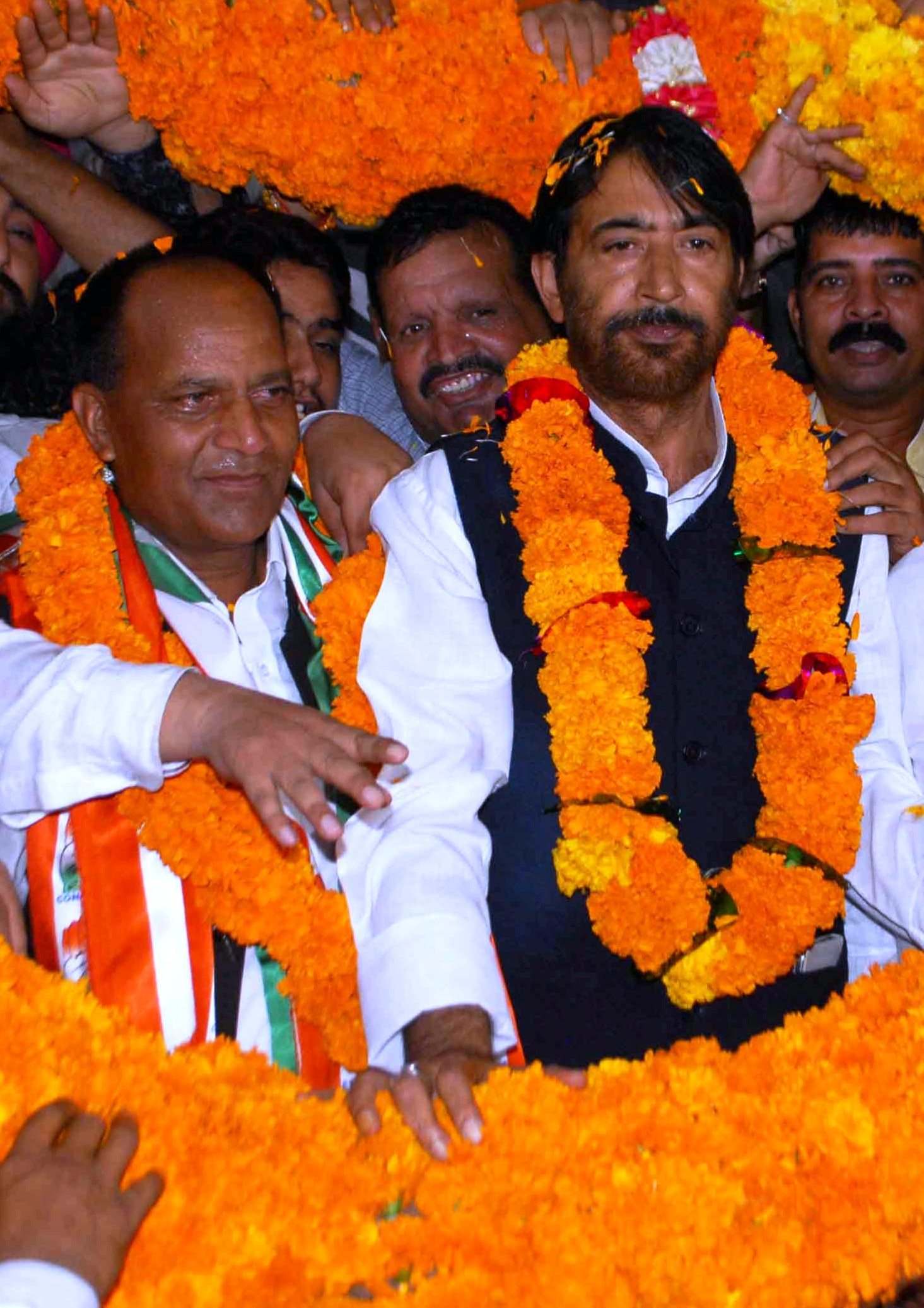 Prof Gharu Ram was annoyed with BJP since he was replaced by the party with Dr Gagan Bhagat as MLA candidate for the bordering constituency. Later, Dr Bhagat won 2014 elections from RS Pura and since then Gharu Ram was also sidelined in the party.

Prof. Gharu Ram, while addressing his supporters expressed full faith in the policies and its leadership in the country and state and assured to work dedicatedly to strengthen the party in R.S. Pura constituency and elsewhere amongst his supporters. He expressed gratitude to the party leadership for inducting him into the party and to serve the people in better way.

Mir, while welcoming him into the congress party said that RS Pura area in general and especially the down-trodden sections have remained the backbone of the congress party and the induction of Prof, Gharu Ram is an indication that Congress is on its path to restore its lost confidence and support in these  segments. He said that Prof. Gharu is known for his ability and gentleman qualities and has served the people well. He asked him to work for strengthen the congress party in his area of influence and his services would be duly recognized, in the Party. He said that congress is the only Party which has its acceptability in all sections of the society and all three regions of the state.