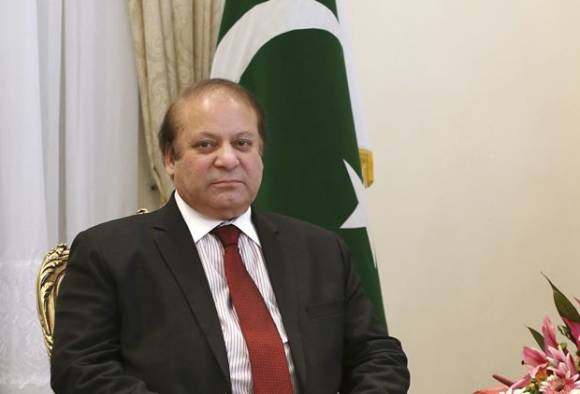 United Nations: Kashmir issue will dominate in Prime Minister Nawaz Sharif’s address to the UN General Assembly here on Wednesday that comes at a time of heightened tensions between India and Pakistan following the terror attack in Uri.

The General Debate of the UN General Assembly opens on Tuesday, with US President Barack Obama making his final appearance as Commander-in-Chief at the 71st session.

Sharif will address world leaders from the UNGA podium in the morning session on Wednesday.

While Pakistan has raised the Kashmir issue at the high-level segments of the General Assembly and other UN platforms in previous years, Sharif appears set to take an even more aggressive stand on Kashmir at the world body, having vowed in Pakistan to “emphatically highlight” the issue and the alleged human rights abuses by India.

“Pakistan will continue to extend moral, diplomatic and political support to Kashmiris,” Sharif had said last week, alleging that atrocities in Kashmir had touched extremes.

Last year Sharif, raising the Kashmir issue in the General Assembly, had proposed a four-point “peace initiative” with India on Kashmir.

In a strong response, External Affairs Minister Sushma Swaraj had said in her address that India does not need four points but just one that Pakistan should “give up terrorism and let us sit down and talk”.

The UNGA session comes at a time when tensions between the two nations have risen following the Uri attack in which the heavily-armed four militants stormed the battalion headquarters of the Indian Army in the wee hours of Sunday, killing 18 jawans and injuring 19 other personnel.

Director General Military Operations (DGMO) Ranbir Singh has said that the terrorists had certain items that confirm their Pakistani identity.

Swaraj will address the General Assembly on September 26 and a sharp response is expected from her to Sharif’s rhetoric on Kashmir.