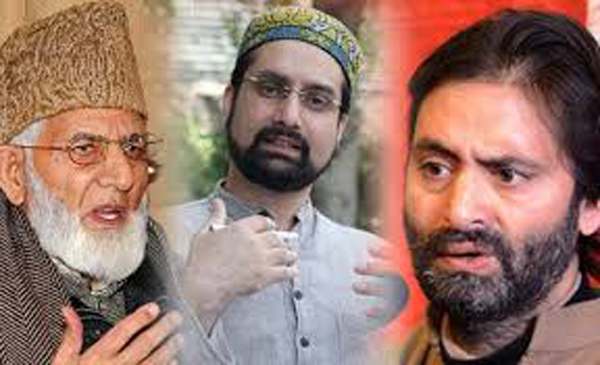 In the latest protest calendar , the separatist leadership  has unfurled a new dimension of  calling for a march from Pakistan occupied Kashmir and its leaders  on October 26  for a “ resistance assembly” at the Jammu and Kashmir Legislative Assembly in  Srinagar on October 26.

During more than 100 days of unrest, this is for the first time  that the separatist leadership in what it calls “ resistance programme”  has sought a march  from PoK including its president and  prime minister  to attend the “ resistance Assembly session” on October 26  .

The day, it says, coincides with the “ landing of the Indian troops in Kashmir.”

This move is clearly meant to  tell the people on this side of the LoC that the people across were standing  for their solidarity, despite knowing the fact that neither Pakistan nor Indian army would allow any such cross-LoC march . This is a psychological game as the impact of the unrest, shutdowns and stone throwing protests has  vanished almost .

In October 1947,  the Indian troops had landed at the request of   the then  King  of the state Maharaja Hari Singh to repulse the invasion by Pakistani army regulars and tribesmen to grab the territory of Kashmir. Troops had landed after the Maharaja  had signed an instrument of accession, acceding the whole of the state  , including Gilgit Baltistan  to the Union of India.

The protest calendar has also called for picketing of the MLAs for three days from Friday  to protest against their  participation in elections .

This has also been notified that the senior most separatist leader Syed Ali Shah Geelani would be “ addressing the nation” on Sunday morning at 11. This again is a first in the protest calendar.