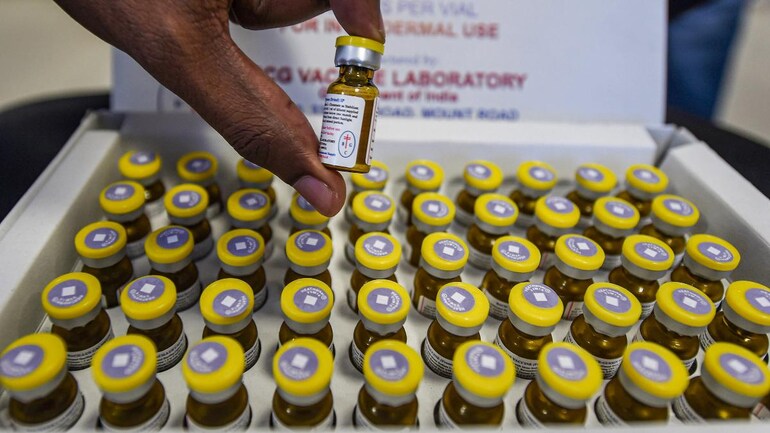 At an event on Thursday, Drugs Controller General Dr VG Somani said, “Probably we will have a happy New Year with something in hand. That is what I can hint at”.

Applications for the emergency use approval for the coronavirus vaccines filed by the Serum Institute of India, Bharat Biotech and Pfizer are being taken up once again for consideration by a government-appointed panel of experts today.

Serum Institute which is making the vaccine ‘Covishield’ developed by Oxford University and pharma major AstraZeneca and Bharat Biotech which has partnered the Indian Council of Medical Research (ICMR) for its ‘Covaxin’ had made presentations before the panel on Wednesday. Pfizer had sought more time to present their data.

Once the vaccines are cleared by the expert panel, the applications will move to the Drugs Controller General of India (DCGI) for final approval. The government wants to start administering the shots starting this month.

Today’s meeting comes a day before a dry run for vaccinations in all states. At an event on Thursday, Drugs Controller General Dr VG Somani said, “Probably we will have a happy New Year with something in hand. That is what I can hint at”.

India, which has the world’s second-highest number of COVID-19 infections in the world after the United States, plans to inoculate 30 crore people in the next six to eight months and the affordable Oxford vaccine is its biggest hope.

Though the Indian government has not yet signed a purchase agreement with Serum Institute, the company says it will focus on its home market first, and then exports, mainly to South Asian countries and Africa.

The world’s largest vaccine maker has already produced around 50 million doses of the Oxford-AstraZeneca shot and plans to scale it up to 100 million by March next year, Mr Poonawalla had said on Monday.

Earlier in this week, the UK approved the Oxford University-AstraZeneca vaccine for human use, the second coronavirus vaccine to be cleared for rollout in Britain after the Pfizer-BioNTech jabs.

Like the Pfizer-BioNTech jabs, Covishield is similar in requiring two doses but is easier to deliver as it does not need extremely low temperatures for storage. It is also cheap and easy to mass-produce.

Bharat Biotech’s vaccine candidate, Covaxin, showed it was safe and triggered immune responses in an ongoing early-stage trial and is currently part of a late-stage trial.