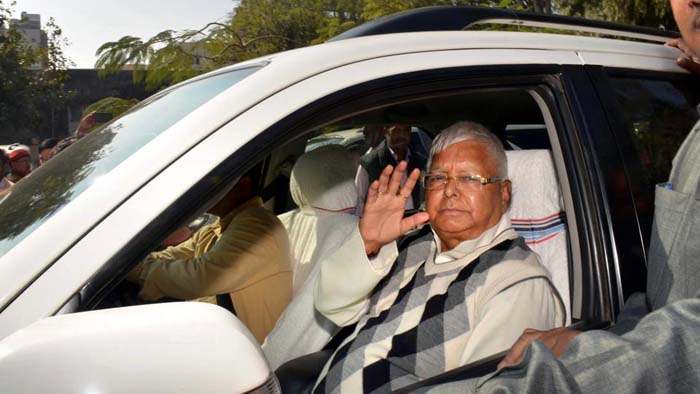 Jailed RJD chief Lalu Prasad was admitted to AIIMS-Delhi on Saturday night after his health condition deteriorated while undergoing treatment at a hospital in Ranchi, officials said. “He has been admitted in the coronary care unit (CCU) of the cardiothoracic centre of the AIIMS,” an official in Delhi said.

Prasad (72), convicted in fodder scam cases, was undergoing treatment at the Rajendra Institute of Medical Sciences (RIMS) in the Jharkhand capital for multiple ailments.

“Lalu Prasad was having trouble breathing for the last two days. On Friday, he was found to be having pneumonia. Considering his age, we decided to shift him to AIIMS-Delhi on the advice of doctors for better treatment,” RIMS Director Dr Kameshwar Prasad had earlier said.