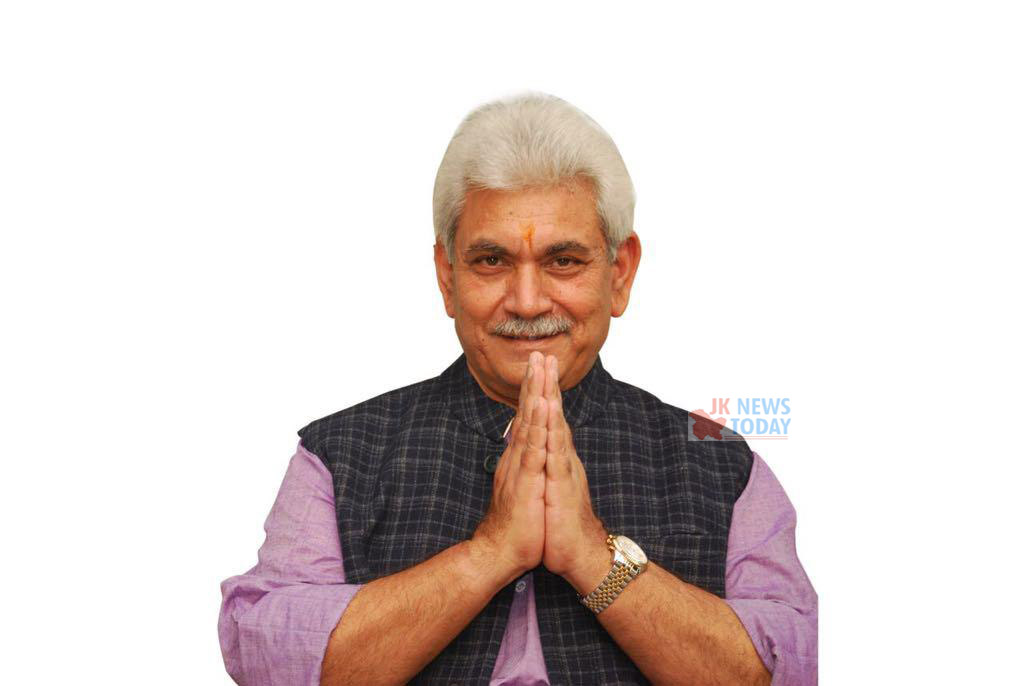 There is more at stake than meets the eye through which  new Lieutenant Governor of Jammu and Kashmir Manoj Sinha is seen – conducting  surprise visits to secretariat , sending stern messages against the unprofessional  attitude and approaches , drenching his trousers in the flood-hit areas ,  and meeting delegations , ordinary and extraordinary both  in Raj Bhavan.

Development has been his mantra from the day he took over his new assignment  on  August 7 and all the mirror images of his visits to the districts and other places to take stock of the situation  sit in that narrative . This development  though seen through the ideas of connectivity , health care, education and reviving the economy  being put into reality , but its  objectives are to involve the people in  all these activities. All this is not  only official, it  seeks  to  evoke public response – making them to air and articulate their grievances, keep a watch on the work and  give a feedback- if they cannot reach Raj Bhavan, he will reach them. That is called the connect and the real mantra for making the delivery system effective, people-friendly and fruitful .

There is nothing to be read in between the lines . It has to be  seen and analysed against the backdrop of what used to happen in the past – works would be done in some cases, others remained confined to the files that gathered dust after the money was drawn. And the works that were undertaken would vanish or fall into disrepair  after a while .

Corruption  bred disillusionment and loss of faith in the system . This had happened time and again. Political slogans were used  to cover the corruption and divert attention from the real issues – the feedback was frustrated . That has kept the development hanging  and the idea of people-development in air. The development was projected  with wrong perception that it meant their political disempowerment .

Manoj Sinha is promoting the idea  of people’s empowerment through  development . All the irritants and barriers are being removed  one by one , leaving no stone unturned  in correcting the narrative in Kashmir where scepticism about the government and its plans was always high.

A myth is being broken : that no amount of development can compensate for the political aspirations of the people of Kashmir .  Development is the way forward .