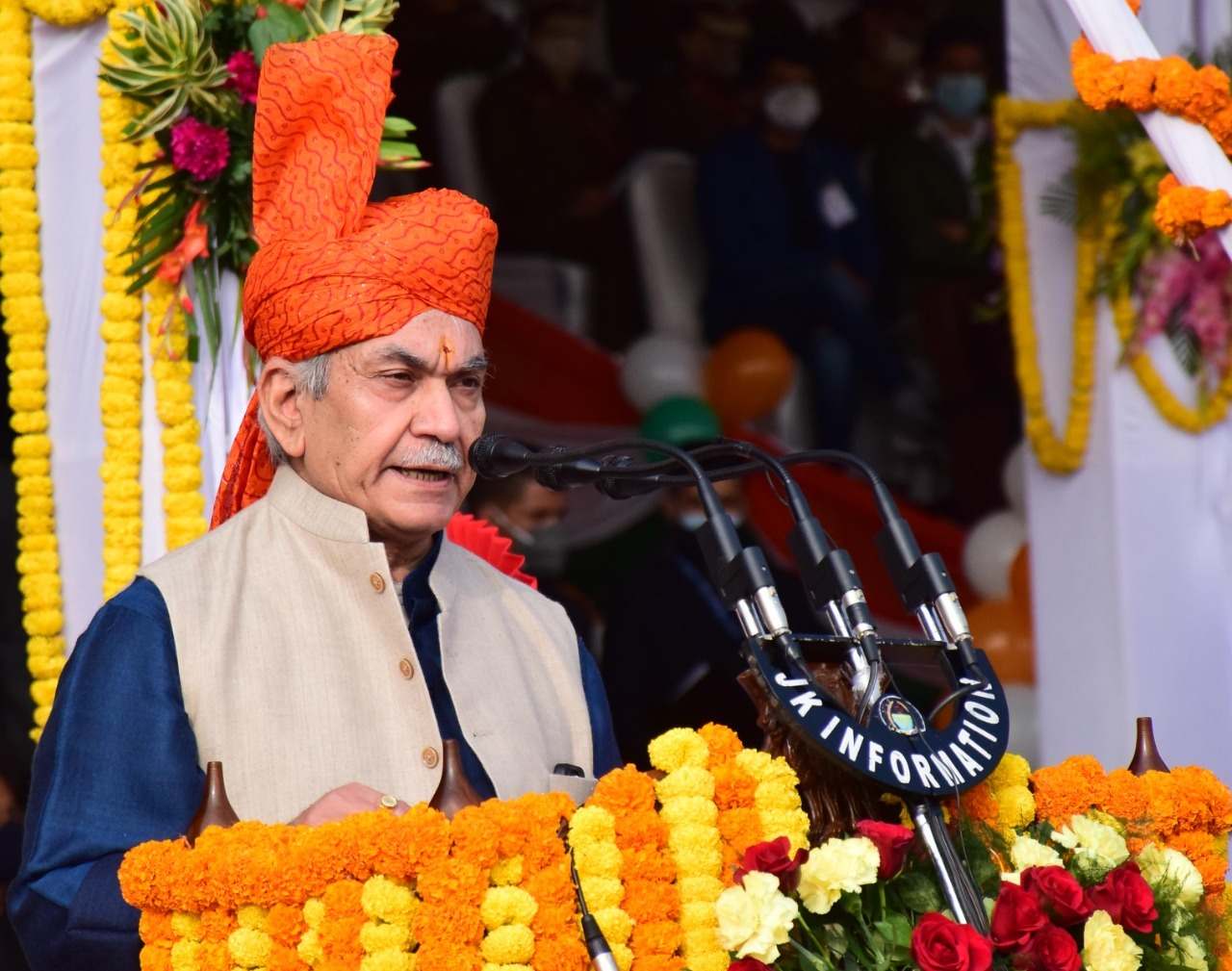 Lieutenant Governor Manoj Sinha hoisted the National Flag at the Union Territory level function on the occasion of the 73rd Republic Day, here at Maulana Azad Stadium this morning.

The Lt Governor inspected the parade and took the ceremonial salute.

The colourful celebrations of the Republic Day filled with patriotic fervor and celebratory mood was aptly reflected by a host of impressive cultural items presented by various schools and departments on the occasion.

The J&K Police displayed the breathtaking Motorcycle Acrobatics, besides cultural pageantry based on the different themes activities were the main attractions of the programme. Scores of students from various schools presenting a cultural spectacle based on national integration and the glorious composite heritage of the Union Territory of Jammu and Kashmir marked the day.

Earlier, the Lieutenant Governor laid wreath at Police Martyrs Memorial & Balidan Stambh and paid homage to the martyrs who sacrificed their lives for the unity and integrity of our country.

“Valor of the Jawans and officers of JKP, Army and other Central Security Forces and their unparalleled courage is an inspiration for all. The nation will always remain indebted to their sacrifices. We all must take a pledge to eradicate terrorism and terror ecosystem perpetuated by the neighboring country”, said the Lt Governor.