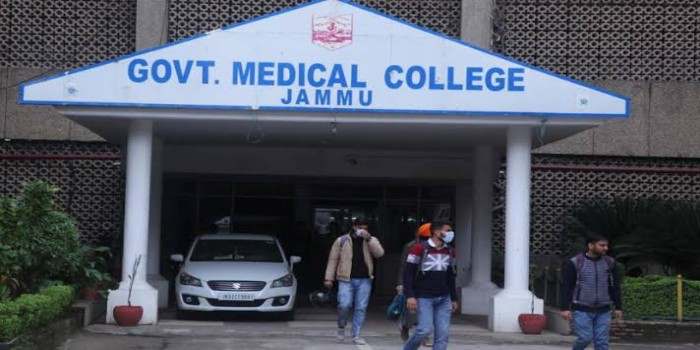 Jammu an Kashmir has taken a giant leap in the health sector clocking too many milestones in the last two months only that it has set a record of sorts by issuing more than 22 lakh golden cards and treated over 22, 000 people across the Union territory.

The scheme Ayushman Bharat Pradhan Mantri Jan Arogya Yojana (AB PM-JAY) SEHAT was launched by Prime Minister Narendra Modi on December 26 last year . The AB PM-JAY- Sehat in convergence with PM-JAY aims to provides for Universal Health Insurance coverage of Rs. 5 lakhs per family on a floater basis AB PM-JAY SEHAT has the same benefits as available under AB-PMJAY. This scheme covers all residents of Jammu and Kashmir including employees/pensioners of the Government of Jammu and Kashmir and their families.

This scheme launched by Prime Minister was taken in a mission mode by the UT administration under the guidance and leadership of Lieutenant Governor Manoj Sinha and this spirit was carried forward under the day-to-day basis monitoring of the progress by Financial Commissioner , Health and Medical Education Atal; Dulloo. It is because of these efforts that the scheme has achieved such an astounding success in such a short time .

The Ayushman Bharat Pradhan Mantri Jan Arogya Yojana (AB PM-JAY) SEHAT in convergence with PM-JAY provides cashless access to health care services for the beneficiary at the point of service, that is, the hospital. AB PM-JAY SEHAT in convergence with PM-JAY envisions to help mitigate catastrophic expenditure on medical treatment to all the residents of Jammu & Kashmir. It covers up to 3 days of pre-hospitalization and 15 days post-hospitalization expenses such as diagnostics and medicines .

There is no restriction on the family size, age or gender. All pre–
existing conditions are covered from day one. Benefits of the scheme are
portable across the country i.e. a beneficiary can visit any of the more than
24000 empanelled public or private hospitals (including 229 hospitals empanelled within Union Territory of Jammu & Kashmir) under AB PM-JAY in India to avail cashless treatment.

Since the launch, in the first two months 22000 free and cashless
treatments have been provided to eligible beneficiaries under the scheme.
Registration under the scheme can be done at any Common Service Centers
(CSCs) or Empanelled Hospitals. A network of more than 5000 CSCs are up and working. About 30 Lakh residents of UT of J&K have already registered under the scheme. Thus, about 56% of the families eligible under AB PM-JAY SEHAT have been registered. Under the scheme in the first two months 22.05 Lakh Golden cards have been issued. These are in addition to 13.28 Lakh Golden Cards issued under AB PM-JAY. Under AB PM-JAY, about 70% of the eligible families have been registered. Financial Commissioner, Health & Medical Education Department, Shri Atal Dulloo said, “AB PM-JAY SEHAT Scheme is one of the most ambitious schemes of Government of Jammu & Kashmir. It is heartening to see residents availing free and cashless benefits from reputed empanelled hospitals of Jammu & Kashmir.” He further said, “Residents of Jammu and Kashmir have already started availing benefits under the scheme from reputed hospitals from outside the Union Territory of Jammu & Kashmir. So far, from the launch, more than 450 patients have already availed benefits in empanelled hospitals from outside J&K using portability feature of AB PM-JAY scheme.”

Residents of Jammu and Kashmir have already started availing benefits under the scheme from reputed hospitals from outside the Union Territory of Jammu & Kashmir. So far, from the launch, more than 450 patients have already availed benefits using portability feature of AB PM-JAY SEHAT scheme. A resident, Mandeep (name changed), 56 years old, from District Kathua received free and cashless services worth Rs. 3.4 lakh at Indus International Hospital Punjab under AB PMJAY SEHAT. The patient was suffering from a heart disease. Another patient Rashid (name changed), 67 years old from Srinagar underwent Coronary Artery Bypass Grafting from All India
Institute of Medical Sciences, New Delhi free of cost.

This ambitious health insurance scheme is going to be the game changer
as far as provision of health-care services is concerned. It will on one hand help residents of J&K to avail quality health care services and on the other hand will strengthen and streamline the supply-side in health service delivery paradigm.