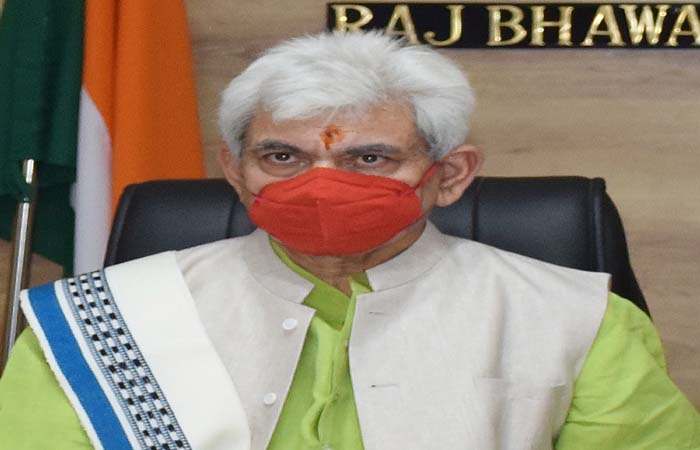 On a day of the killing of two teachers in Srinagar that shook the Valley, Jammu and Kashmir Lieutenant Governor Manoj Sinha declared that security forces have been given free hand to deal with the terrorists responsible for the killings in Kashmir and pledged that terrorism will be uprooted from J&K forever.
“ We will avenge each and every drop of your tears that you have shed for your loved ones ( killed by terrorists) ,” Manoj Sinha told a select group of TV channels at Raj Bhavan in Srinagar on Wednesday in a clear message that no effort will be spared in eliminating these elements who wanted to derail the path of peace and progress of Jammu and Kashmir on which it has embarked for the past two years Manoj Sinha, who in his tweet earlier in the day soon after the killing of two teachers in Government Higher secondary School, Sangam , Idgah, had said that terrorists will be given a “ befitting reply” , said that “ terrorism will be uprooted completely from the soil of Jammu and Kashmir.”
He said that it is the responsibility of his government to protect each and every of 12.5 million people of Jammu and Kashmir. “ The administration and the security agencies are alert to the situation and all measures would be undertaken to ensure peace in the union territory.
Sinha said that the development, investment and the return of peace to J&K has unnerved the vested interests. “ It’s in their frustration that they were resorting to the heinous crimes to stall all this progress , but we will not allow their designs to succeed.”.