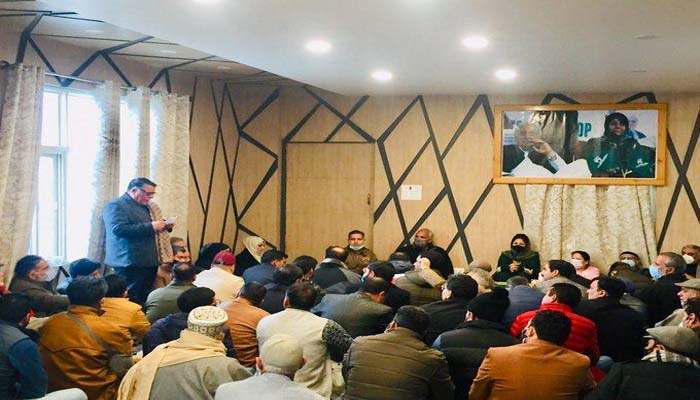 Mehbooba Mufti has been unanimously  re-elected President of People’s Democratic Party  ( PDP) for a sixth time in row since 2003 , according to a party spokesperson.

She has been elected for a period of three years. Her name was proposed by senior leader Ghulam Nabi Hanjura  and seconded by Khurshid Alam .

Senior leader Abdul Rehman Veeri was the chairman of the party election board.