Mehbooba for putting Wakaf properties to productive use to boost revenues 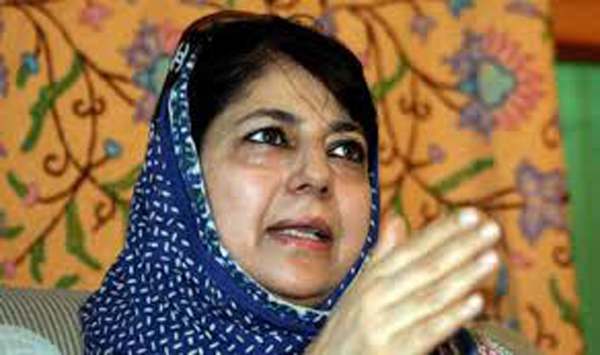 Calling for preparing a detailed inventory of the Wakaf assets in Jammu province, Chief Minister, Mehbooba Mufti has stressed the need for digitization of the Wakaf records/data to evaluate and put such properties to productive use.

The Chief Minister said this while chairing the 17th Meeting of the J&K State Wakaf Council here last evening. The previous meeting of the Council was held in November last.

While reviewing the status of various Wakaf properties and related issues, the Chief Minister noted that there is need to make Wakaf properties productive assets. She said Jammu province has various good, high market value properties under Wakaf which can be put to better use to augment the revenue base of the Council.

While taking a detailed review of the status of action taken on the decisions of the 16th meeting of the Council, the Chief Minister was briefed regarding the status of establishment of three nursing colleges by the Wakaf Council at Rajouri, Jammu and Kishtwar. The Council approved one-time grant of Rs 1 crore for the nursing colleges at Kishtwar and Rajouri for effectuating the purchases of laboratory equipment and meeting other related expenses.

With regard to establishment of Skill and Employability Enhancement Institute at Ismailpur, Samba, the Chief Minister directed for chalking out an actionable plan for starting new technical courses at the institute for skill development and enhancement of employability of the locals in a time-bound manner.

With regard to renewal of lease in respect to Wakaf land at Kunjwani, Jammu, the Chief Minister directed for commercial utilization of the said property for improving internal revenue generation of the Council.

Regarding the renewal of rentals of Wakaf properties, the Chief Minister asked for renewing the existing rentals in accordance with the market rates by working out a proper method for the same to bring in uniformity in the process.

The meeting also discussed construction of flats and commercial complexes on Wakaf land at various other places to augment the revenue base of the Council.

The status of construction work on Jamia Masjid, Talab Khatikan was also reviewed during the meeting.

Earlier, Chief Executive Officer, J&K State Wakaf Council, made a detailed presentation before the Chief Minister on the projects taken in hand by the Wakaf Council.