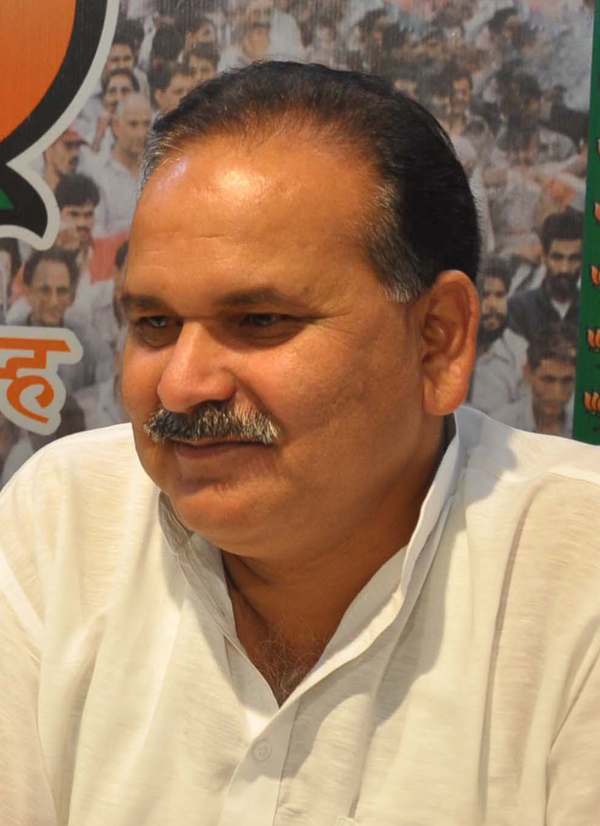 As 20,000 Daily Rate Workers (DRW) engaged in Public Health Engineering (PHE) department have threatened to intensify their strike till their demand of regularization is not implemented as promised by Sub-Committee way back in 2011, Minister for PHE and Flood Control, Sham Lal Choudhary has said that though government wants to address the long pending grievances of daily wagers, but issue is complex one to solve and need more time to come up with concrete solution. Here are the excerpts of the interview given to JK NEWS TODAY reporter.

Q: There is long pending issue of Daily Rate Workers (DRW). What steps are being taken to solve their issue?

Minister : PDP-BJP coalition government wants to settle the issue of PHE daily wagers as we are conscious of the fact that they have been discriminated for years. Its legacy left behind by previous governments who ruled the state. But instead of politicising the whole matter, striking workers should understand that Planning and Finance Department is studying their case and trying to find solution to their long pending demands. Despite problems we are making funds available to pay the daily wagers on regular basis.

Question: What is the situation seems of drinking water in Jammu? Do we have enough water to meet the future need?

Minister: Our main problem is not the availability of water but loss during distribution process. As far as Jammu district is concerned, distribution is being carried through old pipes as infrastructure has been laid about 40-years back with not much addition or regular repairs being carried out.  However PHE Department and Economic Reconstruction Agency (ERA) has begun the process to replace the old worn out pipes in phased manner.  In addition to that 19 tube wells will be commissioned by end of December to augment the existing system. 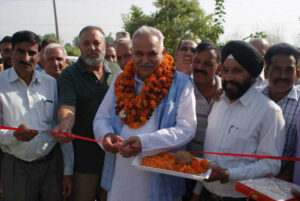 Question what about the rural areas.

Minister: We are working with ‘one scheme at a time’ formula for rural areas with aim to start target specific projects. As far as the rural areas are concerned, earlier people had reservations with regard to the usage of water being supplied by PHE department, but now the department is reaching out to rural belts and overhead tanks and pipes are being laid under several centrally sponsored schemes so that people get safe drinking water.

Question:  What are the major challenges before you?

Minister: Our focus is to deliver the promises made by Prime Minister Narendra Modi during his various visits to the state. Coalition government is working with missionary zeal to initiate and complete developmental projects and provision of safe drinking water is an important task.

Q: After 2014 floods, what measures have you taken to deal with such a situation?

Minister: The devastating floods inflicted severe damage to basic infrastructure of PHE department. Our focus is to improve sewerage and sanitation system and zero tolerance towards encroachments of water bodies in Srinagar and Jammu. Also the department is raising protection walls along river Tawi and de-silting of river Jhelum so that the agricultural land could be saved in case of floods. But we have now learnt our lesson and department is now better prepared to deal with the situation.

Q: What measures are being taken to save Ranbir Canal, considered as identity of Jammu. It is on verge of demise due to pollution.

Minister:  Department is very much concerned about its plight. Previous governments did very little to save it and restore the canal but since the formation of PDP-BJP government, a proper plan has been formulated to carry out repairs and discourage disposal of waste by people living near the water body. I cannot say we have succeeded completely but process has been started. People also need to cooperate with us.

Q: What is situation on the borders? What steps have been taken to deal when people migrate to safer places?

Minister: For the safety of the people living on International Border (IB) in Jammu, government has planned to develop concrete bunkers in forward border villages which was long pending demand of people. During the recent tension with Pakistan, we have provided every help to the displaced people.