Mehbooba has to find road to peace 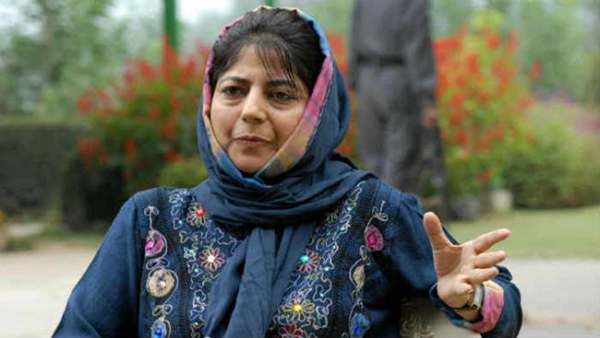 Chief Minister Mehbooba Mufti has  put a very tall order for separatists  asking them  to reverse the unrest and restore peace to enable her  to facilitate dialogue  and deliver on dismantling of Armed Forces Special Forces Act .

But conspicuously, she has absented herself and her government from any role in doing anything except making peace a condition for others.  She may be excluding herself, because she did not cause the unrest. And, for that matter, she kept on urging the protestors to help her deliver on the larger agenda of talks with internal stake holders and dialogue with Pakistan to find an everlasting solution to Kashmir issue.

That Hizb-ul-Mujahadeen commander Burhan Wani’s death in a gunfight with the security forces was something that Kashmir had  been experiencing  for the past over 26 years. Neither the July 8 encounter was the first and nor it was last. This is the recorded history.

Mehbooba’s first misstep was to misread the situation. She knew that the forces opposed to her ascendency to the position of Chief Minister in alliance with the right-wing BJP had been trying to create a ground for an explosive situation. The narratives of “ setting up of Sainik colony” and transitory camps for  migrant Kashmiri Pandits as a first step for their rehabilitation in their homeland  and the new industrial policy had already  started occupying the physical and psychological space.

In one of his messages on social media, Burhan Wani , whose death is supposed to have triggered the protests which were later  defined as Valley-wide unrest ,  he had declared himself against the “ Sainik  Colonies” and  also  told Kashmiri Pandits to return to their homes in the neighbourhood and not take any  route to their rehabilitation through   composite  colonies as proposed by the Delhi government.  He had made a common cause with Pakistan and Kashmiri separatists. Islamabad and separatists were on the same page on these issues, a critical factor that most of the observers have ignored deliberately to give a twist that the whole thing was indigenous, whereas it was only half-truth.

On the occasion of the police commemoration day today, Mehbooba Mufti tried to convey a paradoxical message, “you give me peace, I will give you dialogue and solution,”
and pledged that those guilty of killing young and elderly while using more than needed power to quell the protests, would be punished. She did well by invoking crime and punishment theory. But she needs to go beyond.

She must pick up pieces for the road to piece.  Her reputation as a leader, administrator is as much at stake as is her political future.