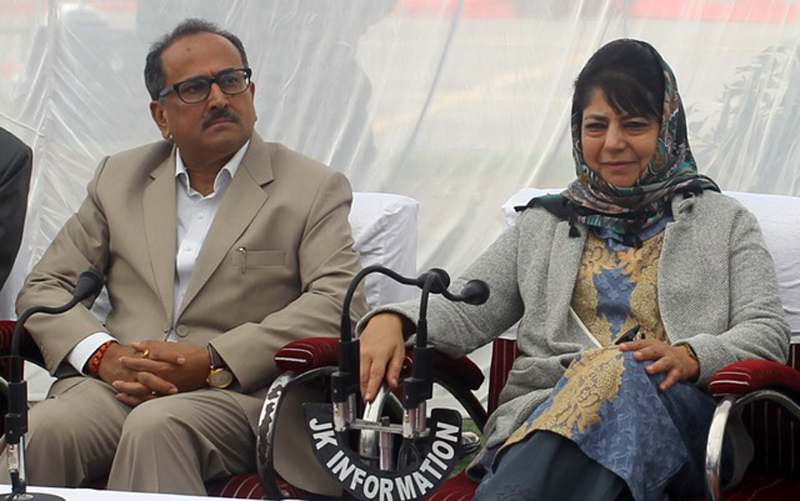 Jammu, November 7 (JKNT) Jammu and Kashmir Chief Minister Mehbooba Mufti Monday reminded that there was no alternative to the Vajpayee mantra in resolving issues with Pakistan . “That alone can restore peace on borders,” she said while talking to media after inaugurating the opening of government offices inJammu today.

The offices had opened here after having been in the summer capital of Srinagar during summer period.

Former Prime Minister Atal Behari Vajpayee had extended hand of friendship to Pakistan despite Kargil intrusions and terror attack on the Indian Parliament in 1999 and 2001 respectively. His underlined theme was , ” we can change our friends but not neighbours and we have to live with them.”

Mehbooba echoed that and suggested that the tolerance is the biggest anti-dote to provocations. Her context was the recent Indo-Pak skirmishes on border that has caused loss of human lives and uprooted the population on the Line of Control and international border.

She, however, hoped that peace would be restored on borders soon.