Education has become a casualty in Kashmir : Mehbooba 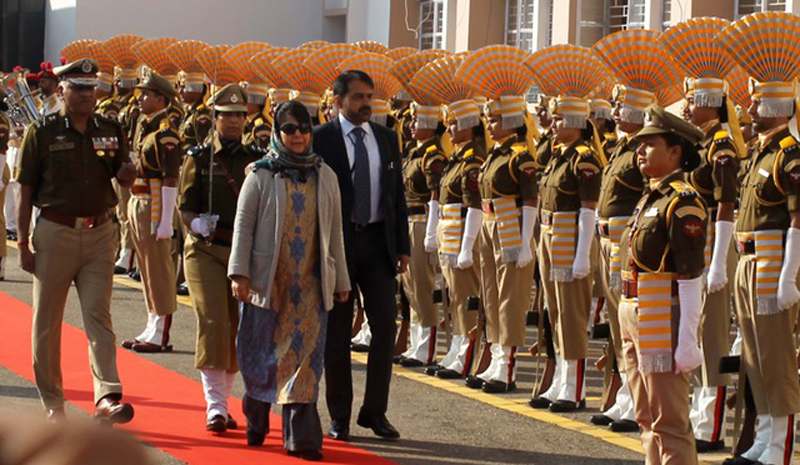 Jammu, November 7  ( JKNT)   Jammu and Kashmir Chief Minister Mehbooba  Mufti has  acknowledged that  education has  been the  biggest casualty in the  now four-month-long unrest in  Kashmir Valley and voiced the hope that the system would be back  on track in a week’s time .

Describing the situation in the Valley ,which had witnessed lot of violence and continuous shutdown for  122nd day till Monday , as “ unfortunate”, the  Chief Minister said that the steps were underway to restore peace and order and opening of schools.

She was speaking to media after taking a guard of honour  on the opening day of the bi-annual  “ Durbar “ move – the  return of the seat of the government to winter capital Jammu from Srinagar, the summer capital. The civil secretariat and  other “ move offices” had closed in Srinagar on October 27 . These opened here on Monday in a typical ceremonial manner.

Mehbooba Mufti  mapped the Kashmir situation  after the  killing of a  militant commander Burhan Wani in July  in which 90 people, mostly young, have been killed . A  life-threatening situation existed on the streets of Kashmir where stone throwing mobs clashed with pellet-showering police.

The Chief Minister said that the “ miscreants” behind the burning of schools- more than 30 schools have been burnt in the past seven weeks-  are being detained. At the same time, the newly recruited  militants were being de-briefed.

“ We are trying to bring them to mainstream, and I am hopeful of positive results soon,” the Chief Minister said, who looked relaxed in the tension-free atmosphere in Jammu  contrasted with the high-tension environment  in the Valley.