Modi has offered a golden opportunity to Pakistan 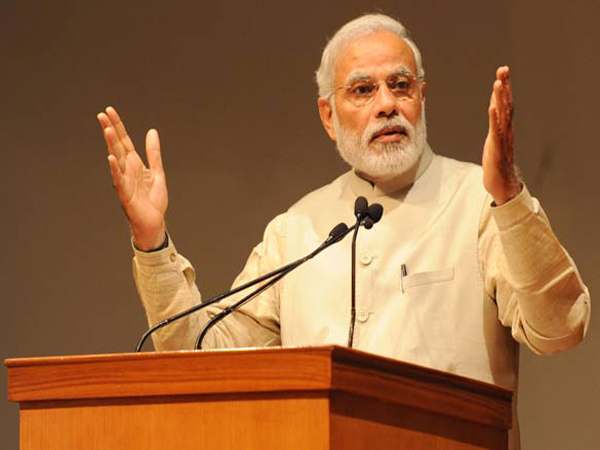 Prime Minister Narendra Modi has laid a ground rule  for the essence of dialogue with Pakistan , that the latter “ must walk away from terror.” It must do so for the peace and harmony  in South Asia , particularly between the two countries that  share a common history, culture  and  are neighbor of neighbours.

Modi’s remarks at second Raisina  dialogue in New Delhi on Tuesday were reiteration of his old conviction that the  dialogue cannot  move in the noise of the bomb  explosions . He has a point because whenever  initiatives  have been made from the Indian side, Pakistan’s  non-state actors patronized by the state actors  ensure that the  process is derailed before  it takes off.

It cannot be just a coincidence  that  when former Prime Minister  Atal Behari Vajpayee travelled to Lahore by bus  in February 1999, , Kargil happened .  Kargil war is symptomatic  of Himalayan betrayal by Pakistan –  high scale

terrorism  as a return gift to  India’s  hand for friendship. And, again when Modi made a surprise visit to Lahore to greet his   Pakistani counterpart  Nawaz Sharif  on his birthday , his gift too was returned with  attack on Pathankot air base.. The birth of the new effort to rejuvenate  friendship and peace was scuttled . As if this was not enough ,  most striking  terror attack took place in  Jammu and Kashmir’s frontier town of  Uri in which 20 Indian soldiers last their lives.

Terrorism is a real problem . The  terrorism  exported

by Pakistan  to India is multilayered – it is  religious , political and  full of its territorial ambitions  of Islamabad .   All this is noted in the history of the international observers .  Pakistan  must realize that  its high pedestal  cover of “ moral, diplomatic and  political “ support to  “ Kashmiris  fighting for the right of self-determination,”   has long been  shred into pieces . No one knows it better than Kashmiris themselves. They may not speak it openly, but they do know that who  undid their dreams and why ? They are scared of speaking against Pakistan  because  crowds of gun men it controls  in Kashmir, who work at its behest. This is the truth and this should be accepted , though the blunders of Delhi had contributed no less in  the situation in which  Kashmir find it  today.

Modi is right that “ India alone cannot  walk the path of peace . It also has to be Pakistan’s journey  to make .” This  is truth .  Pakistan must accept this .  The mutual recriminations would not work. Pakistan must heed the advice of Modi .  It must also realize that it is Modi alone who can take a bold decision  with such a massive mandate . If this opportunity is missed , then for decades, we may not see another leader with such a mandate to  translate mission peace and friendship with Pakistan into a reality.