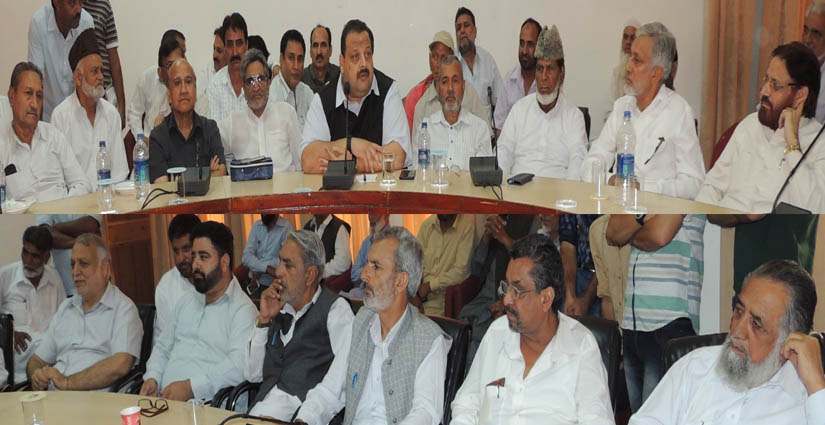 RAJOURI SEPTEMBER 19- Alleging that PDP-BJP coalition in Jammu and Kashmir has communalized and polarized the State, Provincial President of opposition Nationa Conference Devender Singh Rana on Monday asserted that National Conference would defeat all attempts of “RSSisation of the State”.

“We are at crossroads of  history wherein PDP has become flag-bearer of the BJP in RSSisation of Jammu and Kashmir and plunging it into communal frenzy”, the Provincial President said while leading a peace mission of senior party leaders to the trouble torn township.

He described the recent “unfortunate incidents at Rajouri as part of the sinister mission of BJP to create disharmony between various communities”. He complimented the “sagacious people of the border township for defeating PDP-BJP machinations by seeing through the game-plan and maintaining unity and amity”.

He said these incidents should not be viewed in isolation, as there seems to be a definite pattern to divert the attention from unabated and continued Kashmir disaster that has led to human sufferings of highest magnitude.