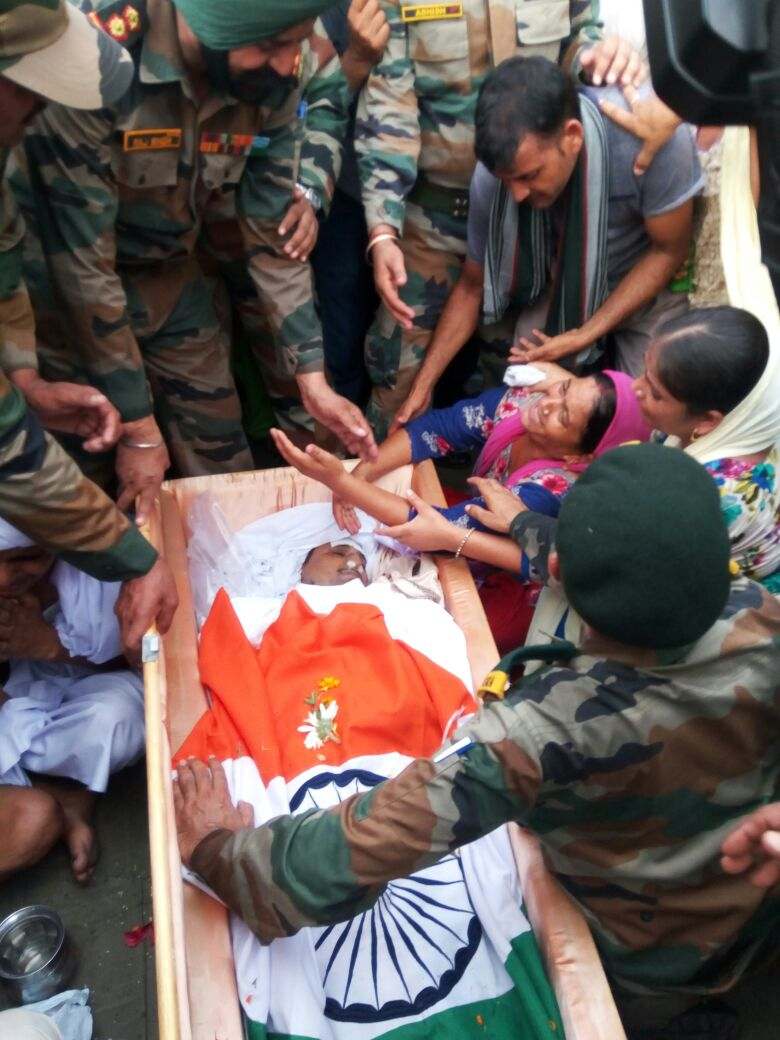 Brave hearts of Dogra Regiment, who had laid down their lives for the sake of Mother India, while fight armed terrorists at Uri in North Kashmir on Sunday, were cremated at their native places in Samba and Bishnah with full military honour.

Furious over the deadly attack on army family of both martyr soldiers demanded strict action against Pakistan.