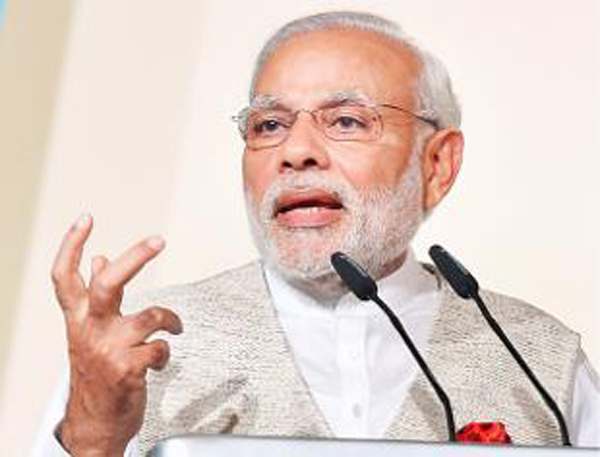 Prime Minister Narendra Modi on Monday stressed the need to bring down the backlog of cases pending before the judiciary in the country.

Modi also emphasised the need to rope in the best of talents while drafting Indian laws and said it could be the biggest service to the country’s judiciary.

Speaking at the 50th anniversary function of Delhi High Court here, the Prime Minister called for the inclusion of people from the lower strata of society into judiciary.

As the (central) government is the biggest litigant in the country, he had asked his government to not enter into unnecessary litigation, the Prime Minister said.

“We need to offload the judiciary’s burden. We have to make strong laws. It’s the responsibility of the elected government,” he added.

On Friday, the Supreme Court had rapped the Centre for sitting on the top court collegium’s recommendations on the appointment of judges to various high courts. The government’s inaction amounted to paralysing and locking out the judiciary, the apex court observed.

Modi said the judiciary is facing many challenges at present, but it’s our job to find an opportunity in this situation and increase our capabilities. “If we all work together, we will be able to do it,” he said.

The Prime Minister paid tribute to the contribution of all those who have been associated with Delhi High Court over the last five decades.

He said all concerned must fulfil, in accordance with the Constitution of India, whatever responsibilities have been assigned to them.

“The issue of an All India Judicial Service has been debated and mired in controversy. But, debates and discussions are part of a democracy,” he said.

He talked about how it’s necessary to bring those from the lower strata into the judicial system.

“Can the Dalits, the oppressed, the exploited, the poor, those coming from the lower strata of society — can they be inducted in this system? We need to evolve a new system where they can be included,” said the Prime Minister.

“Judiciary has been respected for centuries in India. All government machinery will work to support judiciary in the best possible manner,” said Modi.

Noting that October 31 also marks the birth anniversary of Sardar Vallabhbhai Patel, Modi said Sardar Patel was instrumental in the creation of the All India Civil Services.