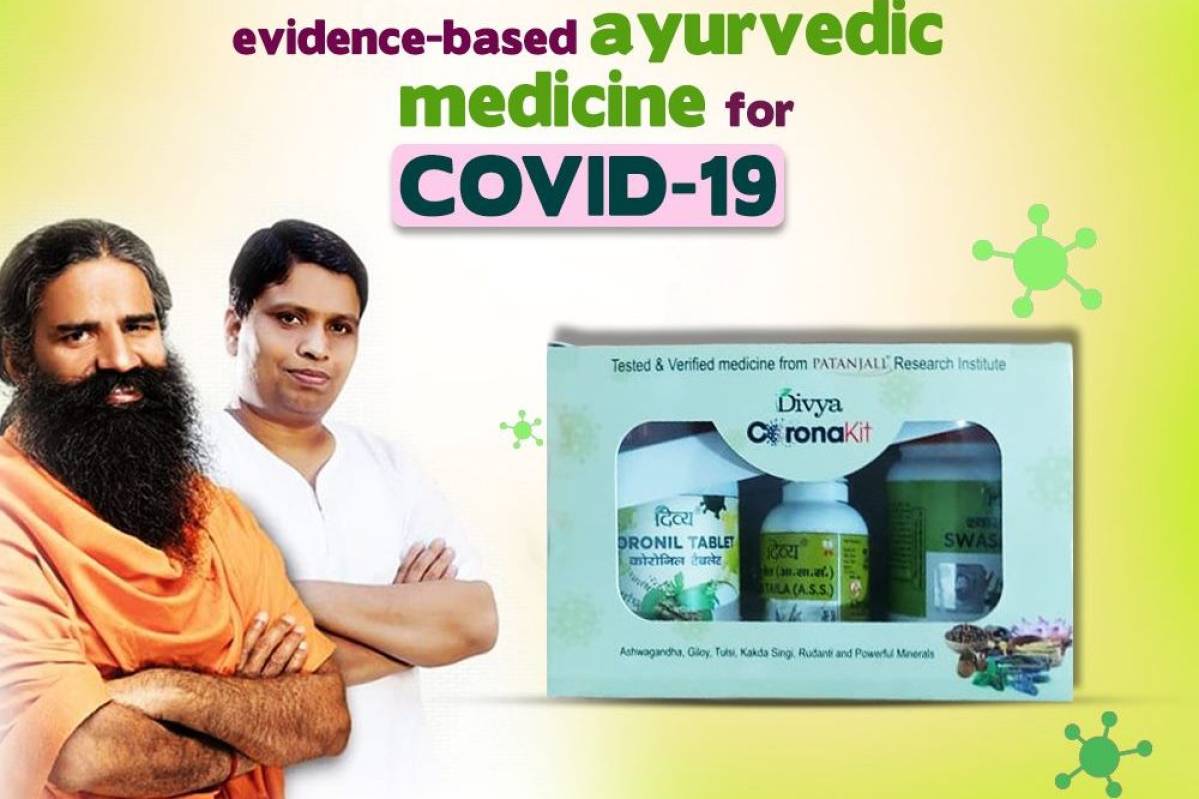 Acharya Balkrishna, the MD of Patanjali Ayurved has said that the company never claimed its drug Coronil could cure or control coronavirus.

n an apparent U-turn on its claims, Patanjali on Tuesday said that it had never claimed that Coronil can ‘cure or control’ coronavirus.

The Ayurvedic drug, launched last week, has been caught in a row after government and citizens have been asking for proof of the effectiveness of the self-proclaimed ‘cure’ launched by yoga guru Ramdev.

Now, Acharya Balkrishna, the MD of Patanjali Ayurved has said that the company never claimed its drug could cure the highly-contagious virus that has infected more than 1 crore people around the world.

“We never said that the medicine [Coronil] can cure or control coronavirus, we said that we had made medicines and used them in clinical-controlled trials which cured coronavirus patients. There is no confusion in it,” Acharya Balkrishna told ANI.

Last week, Haridwar-based Patanjali Ayurved launched “Coronil”, claiming it can cure Covid-19. It said the drug, when taken with another Patanjali product, had cured all coronavirus positive patients who took part in a trial within seven days.

The trial, it said, was conducted in association with the NIMS, a Jaipur-based private institute.

Hours after the launch of the drug, the AYUSH ministry asked Patanjali Ayurved to provide details on the research leading up to it and its composition, telling the company to stop advertising it till the issue is examined.

Patanjali Ayurved had claimed that it had complied with all legalities and said it had submitted all documentation to the government.

The licence for the drug was obtained on the basis of the traditional knowledge and experience related to the medicinal virtues of Ashwagandha, Giloy and Tulsi, Patanjali spokesperson S K Tijarawala had said.