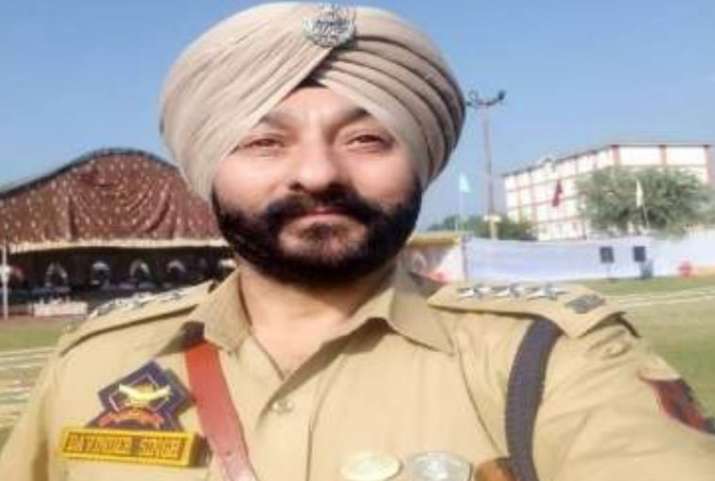 Months after Jammu and Kashmir DSP Davinder Singh was arrested in a terror case, the National investigation Agency (NIA) on Monday filed a chargesheet against the tainted cop and five others in the UAPA case.

The other accused in the case who have been chargesheeted are two Hizb-ul terrorists Naveed Mushtaq alias Babu, Rafi Ahmed Rather and a law student Irfan Shafi Mir. The three were arrested on January 11 with the DSP from a checkpoint on the highway at Wanpoh area of south Kashmir’s Kulgam district.

The investigation has revealed that certain officials of the Pakistan High Commission in New Delhi were in constant touch with Irfan Shafi Mir to provide him funds to organise seminars in J&K to mobilise the masses against Government of India.

Irfan Shafi Mir also used to facilitate visa applications for a number of Kashmiris for their visit to Pakistan.

The DSP was allegedly giving a safe passage to terrorists in lieu of money. Due for a promotion, the cop was suspended after he was caught red-handed by the Jammu and Kashmir Police with terrorists. A week later, the NIA took over probe.

The fifth person to be arrested was Naveed’s brother Irfan Mushtaq. He was held on January 23 for allegedly being part of the conspiracy. Ex-president of cross-LoC trade Tanveer Ahmed Wani was the sixth accused. His role had come under scanner for giving money to Hizb-ul terrorist Naveed Babu, a former Special Police Officer, who left police to join terror ranks.

Last month, a massive controversy erupted after Davinder Singh was granted bail by a Delhi court after the Delhi Police failed to file chargesheet in another case. The NIA later issued a clarification that Singh had not been bailed out in the main case.