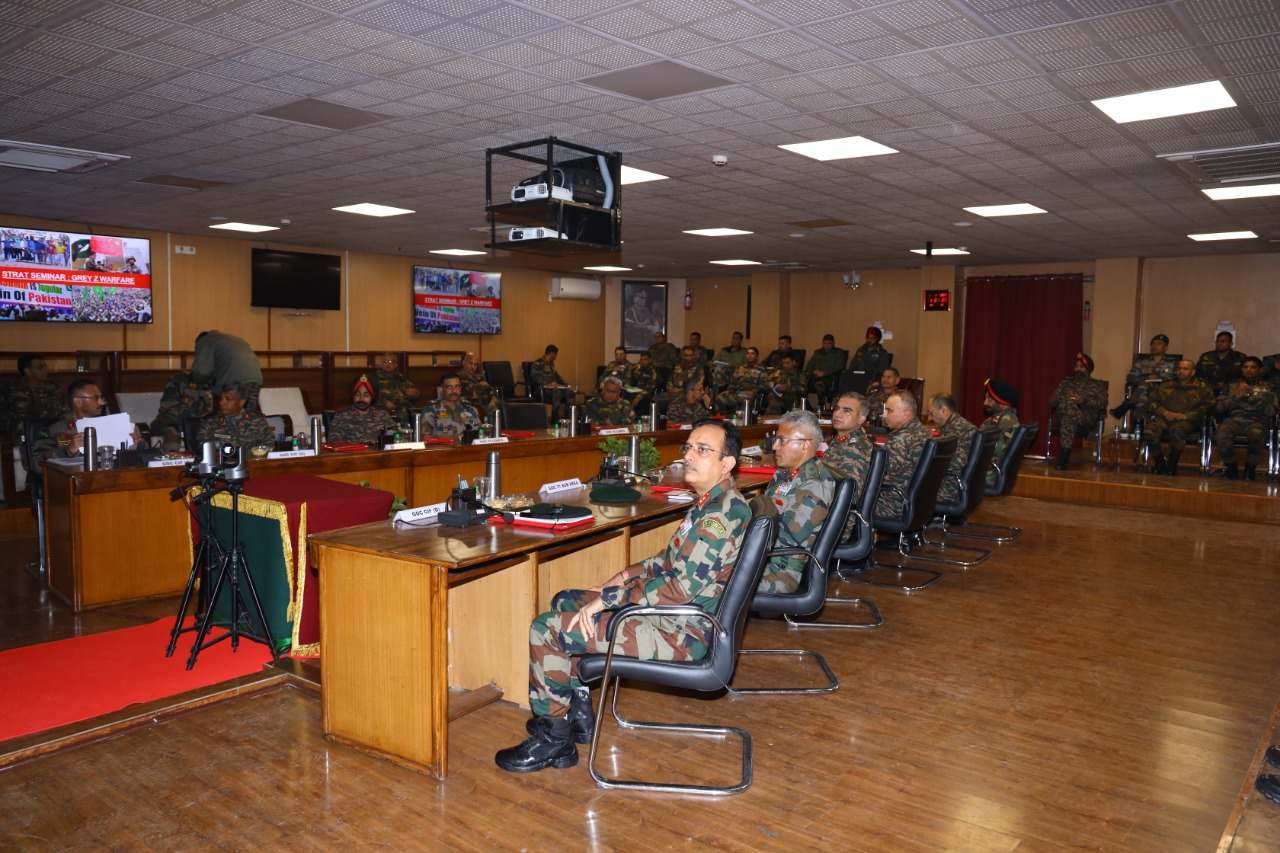 The Indian army has started empowering soldiers with strategic thinking to study the strategic maneuvering of the adversaries across the border and also the anti-national elements within. . Aligning strategy part in the action on the ground , the Northern Command is holding seminars to discuss strategies and how to disseminate it to commanders and soldiers to take preemptive actions.
On Wednesday, a two-day Strategic Seminar aimed to prepare the military commanders for future concluded in Srinagar , wherein various aspects of the situation on the borders and hinterland were discussed. During the seminar , strategic values of mind games along sides the military preparedness were discussed , and the major focus was on the newer threats emerging from various quarters hostile to the nation .
The Srinagar seminar was presided over by Lt Gen Upendra Dwivedi, General Officer Commanding in Chief, Northern Command and attended by senior military officials. In this seminal event, domain experts from defence shared their insights on the salient aspects of evolving contours of warfare and its manifestations which have a direct bearing and connection to myriad levels of warfare.
The experts dwelt on the newer threats and the strategies required to neutralixze the same,. The preemptive strategies were also at the core of the discussions . The strategy sessions at the seminar connected the strategy-making at the command level to implementation on the ground.
Northern Command faces the unique challenge of the ‘Two and a Half Fronts’ with live reality of different levels and genres of Warfare. The endeavour is to forge a force with an ability to address the entire spectrum of war fighting. In current generation of warfare, the Armed Forces have to respond with a clear eye on the escalatory matrix and hence the response may manifest into a wide range of activities which traditionally were considered beyond the scope of military means. The seminar also addressed the issues of civil military jointness in decision making, the lines of effort encompassing the entire construct of Diplomacy, Information, Military and the interdisciplinary response to the emerging threats.

The leadership deliberated on a multitude of issues, at all levels, to develop a comprehensive understanding and arrive at logical courses of action. Lt Gen Upendra Dwivedi, General Officer Commanding in Chief, Northern Command congratulated the eminent speakers, for having crafted their thoughts after detailed analysis. He appreciated the speakers for presenting their view point for use of military power in a coherent manner as part of Comprehensive National Power. Giving a cue for the event in future – the impact of emerging technologies and it’s application – is what Northern Command will iterate in near future.