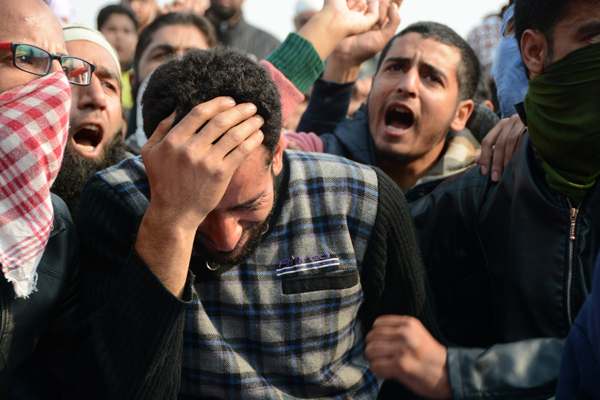 Over 40 persons were injured in a funeral procession of eight years old boy in Safakadal area of Srinagar downtown as police teargassed them for violating prohibitory orders imposed in the area. 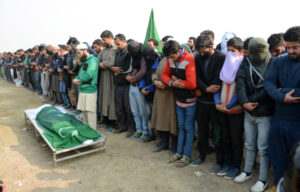 The family of Kaiser told reporters in Srinagar that Kaiser had gone to relatives house in Shalamar during the days of Moharram.  He went missing on 27th Oct. after he had gone to participate in Moharram procession, which was banned by the government.

The family alleged he was found unconscious two days later from a drain . He was rushed to SKIMS where he was admitted in state of coma. After undergoing treatment in critical care he breathed his last yesterday night.

According to Ayash, mother of Kaiser, “his body including chest, hand and legs had injury marks. 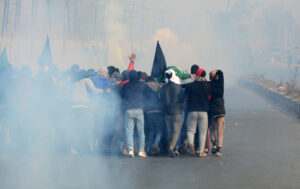 According to the family eight to ten thousand mourners had gathered to participate in the funeral of the boy while authorities clamped curfew. The police, they allege, fired pellets and lobbed teargas at the funeral procession injuring over 40 persons.

Kaiser, however, was buried in Eidgah graveyard after which clashes between police and locals have broken in downtown area.

However, the official  version suggests that the eight years old boy tried to commit suicide by consuming poison.