Over 90 per cent of Kashmir free of daytime restrictions 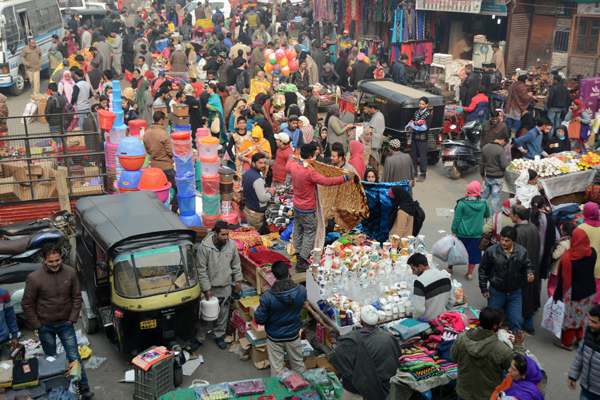 Over 90 per cent of Kashmir valley was free of daytime restrictions on Monday as authorities eased curbs in 92 police station areas in view of the improving situation, a government spokesman said here.

Referring to stone-pelting incidents, Principal Secretary Rohit Kansal, who is also the state government spokesperson, a total of 152 “significant incidents” have been witnessed in the past three weeks out of which 125 were in Srinagar alone.

Briefing reporters about the prevailing situation, he said 93 per cent of the state was free from any daytime restrictions.

Kansal said landline telephone services have been restored in 76 exchanges out of the total of 95 and the mobile phones are working in the regions of Jammu and Ladakh.

“Over 26,000 landline telephones are functional across the valley and it has improved the communication services which is evident from the fact that while 2,500 calls were being made from the deputy commissioner Srinagar’s facility before, it has now seen a fall by over 85 per cent,” he said.

Some detained political leaders were now being allowed visits by their families.

Jammu and Kashmir’s three former chief ministers Farooq and Omar Abdullah and Mehbooba Mufti as well as others are now allowed brief visits in accordance with the jail manual, officials said.

The spokesperson said government offices have attained full functionality and the staff attendance is very good.

Giving details about the status of schools in the valley, Kansal said over 4,000 primary, middle and high schools are functioning in Kashmir.

The principal secretary said public transport is returning to roads and inter-district connectivity is now available.

The movement of fruit trucks has also improved and is up to 300 per day now. “Over 1.5 lakh metric tonnes of fruit have been sent to various sale points outside the state,” he said.

The government spokesperson said all medical facilities and hospitals were functioning normally.

Giving details, Kansal said over 2.5 lakh OPD and over 20,000 IPD patients were registered in various hospitals since August 5, while over 200 major surgeries were conducted.

Private cars were plying in many areas of the city and elsewhere in the valley, while inter-district cabs were also seen plying in few areas on Monday morning, the officials added.

The officials said barricades have been removed from most areas of the valley, but deployment of security forces continued on the ground to maintain law and order.

Landline telephone services have been restored in most parts of the valley, the officials said, adding, however, the services remained snapped in the commercial hub of Lal Chowk and Press Enclave here.

The mobile services and internet, including BSNL’s Broadband and private leased-line internet, were snapped on August 5 after the Centre abrogated provisions of Article 370 of the Constitution and reorganized the state into two Union territories.