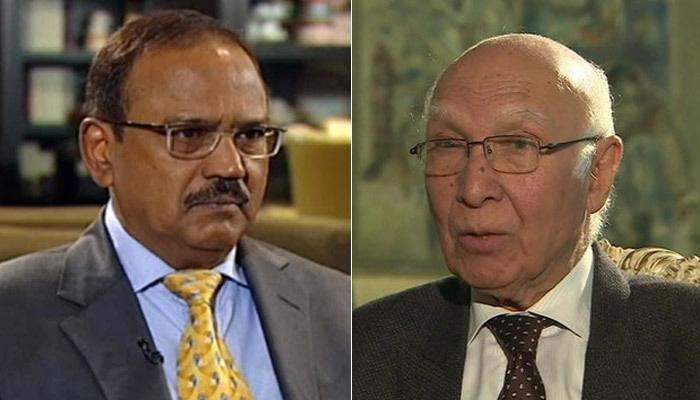 Pakistan and India have agreed to reduce tensions after their National Security Advisors spoke over phone, top Pakistani diplomat Sartaj Aziz said today about the first such contact after the Uri attack and India’s retaliatory surgical strikes on terror launch pads across the LoC.

Aziz said a contact was established between India’s NSA Ajit Doval and his Pakistani counterpart Nasir Janjua after recent tension between the two countries on the Line of Control (LoC).

They agreed to reduce tensions on the LoC, Aziz said about the contact between the two NSAs for the first time after the September 18 Uri terror attack by Pakistani militants that soured ties.

“Pakistan wants to reduce tensions on LoC and focus on Kashmir,” Geo News quoted him as saying.

He said that India wants to divert the world’s attention from Kashmir by escalating tensions.

Pakistan has denied that the surgical strikes took place on Thursday and have called it “cross-border” firing.

Talking about Sharif’s recent US visit, Aziz said the Prime Minister had explained to the world leaders that incidents of border tensions would continue between both countries without the resolution of Kashmir dispute.