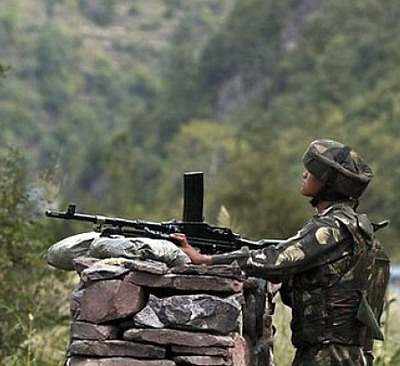 Pakistani army has been shelling and firing the civilians’ houses in villages along the Line of Control , injuring more than a dozen, including women

More than six civilians were critically inured in  Gali Maidan, Soujian area of   the frontier district of Poonch. The firing and shelling is so heavy by Pakistani troops on the civilians that it was becoming difficult to evacuate the wounded for treatment, according to sources. However, the army and police were making repeated attempts to evacuate the civilians and, particularly the injured.

Among the injured were four  women , the sources said.

Indian side was retaliating but it was not targeting the civilian population on the other side. The Indian army was responding to silence Pakistani guns.

Four more were injured Shahpur area where firing started in the morning. But they have been evacuated for the treatment.

The firing had started early morning. Pakistan had opened fire from a number of posts.