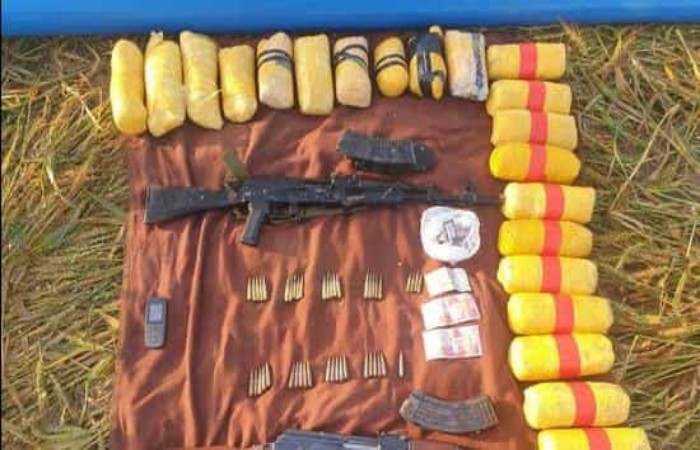 A Pakistani smuggler was shot dead and 22 kg of heroin besides two AK-47 rifles were recovered across the barbed wire fence near the Kakkar border outpost on the India-Pakistan border in Ajnala sub division of Amritsar district early on Wednesday.

In a joint operation, the Border Security Force (BSF) and the Amritsar district rural police recovered four magazines of the AK series, a mobile phone and a plastic pipe being used by smugglers to push in the contraband through the fence.

The police identified two Indian nationals involved in getting the consignment smuggled through their Pakistani counterparts. They are Jagdish Bhura and Jaspal Singh of Gatti Rajoke village in Gurdaspur district.

Police said Bhura is living in Belgium at present and has been involved in terror activities in India. The two have been in contact with Pakistan’s Inter-Services Intelligence (ISI).

Senior superintendent of police (rural) Dhruv Dahiya, who supervised the operation, said: “We had an input that Pakistani smugglers will push in arms and a consignment of drugs on Tuesday night.”

He said a case was registered under the NDPS and Arms Acts at Lopoke police station.

The SSP said Bhura had been coordinating with Pakistani smugglers to push in weapons into India. A case was registered against him at Ferozepur police station in July 2020.

Besides ascertaining the identity of the Pakistani smuggler, the police are trying to zero in on the local links of Bhura and Jaspal Singh.