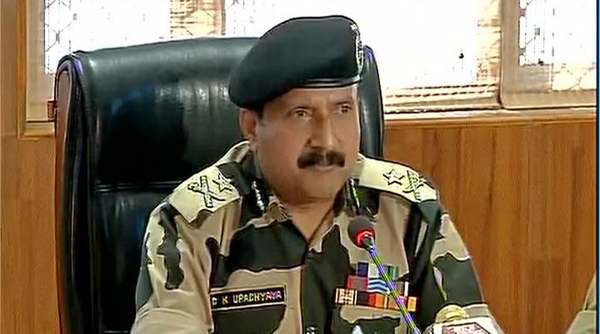 Talking to media here  Wednesday  a day  after  eight civilians were killed on this side of the border, particularly in Ramgarh sector  in Samba district , Inspector General BSF, Jammu Frontier , D K Upadhayaya  said that “ Pakistan has suffered “ huge military losses.”

“At least 14 posts of Pakistan Rangers were destroyed in our retaliatory fire, but the exact  losses of their men manning these posts could not be ascertained ,” Upadhyaya said.

The Jammu Frontier  BSF chief had called this press conference to explain how the situation on the international border had been escalated by  Pakistan by targeting the civilian population .

The death of the civilians on  this side  is  enough of proof   of its targets.

He said that this is the exhibition of frustration and desperation  of Pakistan after it failed to push in armed terrorists to this side of the border, because of  “ our heightened  vigil “ on borders.