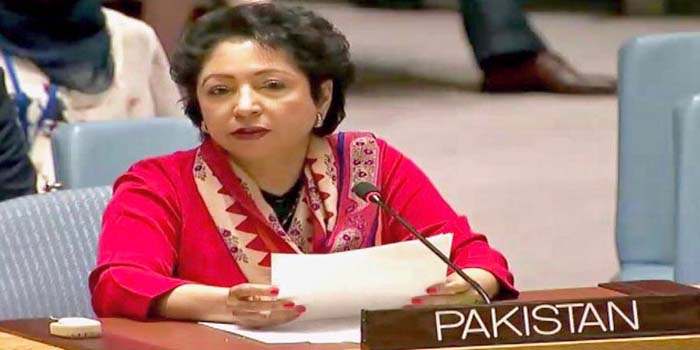 The centrality of  Pakistan’s foreign policy- making process  has been lost to the hybrid civil military system, a veteran diplomat and one of the best international relations expert in Pakistan  has commented  while  calling for the foreign office to reform itself.

“ A frequent and justified lament heard from the  ministry is that over the years it has steadily lost its centrality in the foreign policy-making process to other stakeholders in the country’s hybrid civil-military system,” said  veteran diplomat  Maleeha Lodhi  in her article  titled , “ Foreign Office Needs Reform” in Dawn newspaper on Monday.

Not that the world doesn’t know this fact , but the fact , though cautiously stated by  Pakistan’s former ambassador to UK, UN and the US , reveals that how the institutions in  her country were coming under the shadow of the  all powerful army. She is extraordinarily cautious in her words when she uses the term ,” hybrid civil-military system.” In fact, it is only the military that is calling shots in all affairs .

A recent example amply substantiates this point . Pakistan’s foreign minister  Shah Mehmood Qureshi  who accused  57-member bloc of  Muslim countries- Organisation of Islamic Cooperation  in which Saudi Arabia plays a crucial role , of “ dragging its feet in summoning  Foreign Ministers’ Council session on Kashmir”. The ties between Pakistan and Saudi Arabia nosedived immediately . The rescue operations were entrusted to  Chief of Army Staff   Gen. Qamar Javed Bajwa. The Foreign Minister and  his ministry were kept out of the relations-repairing episode that followed. Such was the hurt caused  by Qureshi in Riyadh that even Gen. Bajwa  had to return disappointed.

Maleeha  Lodhi  is regarded as an insider of the foreign policy of Pakistan . She was involved in several important foreign policy decisions of  Pakistan , and  when it comes to foreign policy , Islamabad is obsessively focused on Kashmir. That is the core agenda of  Pakistan army that used Kashmir to protect its self-interests and has kept the entire civilian administration under its thumb.

In her article , Maleeha  has suggested  that the “ answer to this  ( the problem) is to make the ministry more relevant, even pivotal, by improving the quality of its policy inputs and by showing initiative to stay ahead of the curve. After all, demoralisation only disempowers the institution.”

Her these words , in fact, suggest that the foreign office should take back its role from military – she also knows that the civilian administration is having its hands tied, and it is only the military peddling its agenda . It becomes clearer in this paragraph of her piece, where she says : “An unnecessarily timid and subservient attitude towards other stakeholders ( read Pakistan army)  has characterised the conduct of recent holders of this office. This is a far cry from the 1990s and 2000s when foreign secretaries stood their ground to a military ruler and assertively gave policy advice to prime ministers even when that did not accord with their views.”