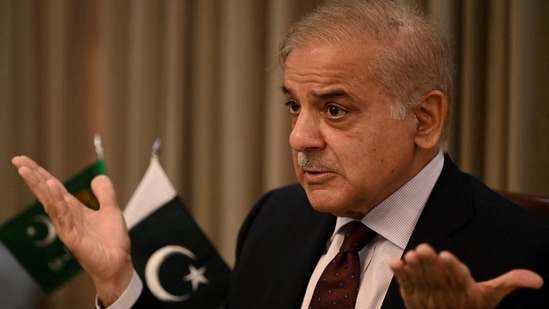 Going by the first speech of the newly elected Prime Minister of Pakistan Shehbaz Sharif , it is rather very clear that the country’s leadership has the same old and obsolete mindset in which the resolution of Kashmir crisis is the fundamental condition for improving ties with India . This old swan song of Pakistan ignores the realities that have evolved in Jammu and Kashmir and how the people have accepted the change which has brought them face to face with prospects of bright future .
While speaking in the National Assembly , Shehbaz Sharif referred to his country’s friendship with China , Saudi Arabi and gulf countries in very laudatory terms , but when it came to India , the 23rd Prime Minister of Pakistan , could not overcome the old mindset of his country . Kashmir issue was brought to the front and all other aspects of Indo-Pak relations were not mentioned even . Perhaps that could have been his political compulsion to play a game of one-upmanship over his rival and former Prime Minister Imran Khan who had ridiculed America for interfering in the internal affairs of Pakistan and conspiring to bring about the regime change , Shehbaz hyped the pitch on Kashmir , and used the hyperbolic rhetoric of urging Prime Minister of India Narendra Modi to launch a combined struggle against the poverty and backwardness of the two countries that sit as immediate neighbours to each other . But, then he made it emphatically clear that unless Kashmir issue was resolved, and a joint effort was made in the spirit of the UN resolutions on Kashmir – that is to grant the right to self-determination to the people of Kashmir or as per the aspirations of the people of Kashmir .Pakistan’s problem is that it sees , Kashmir Valley , spread over to 15,520 sq. kms as the whole of Jammu and Kashmir whereas the definition of j Jammu and Kashmir , in all senses of the word includes all the areas on the Indian side of the erstwhile state , Pakistan occupied Jammu and Kashmir , as also Gilgit-Baltistan and the areas that Pakistan had gifted to China in 1960s . Secondly , Pakistan ignores the fact that the UN resolutions were passed in 1948-49 , almost 73 years ago , and these have lost all the relevance . If any reminder is needed , the Pakistani leadership should dig into records and find out what UN secretary General Kofi Anan had said about these resolutions. He had said that the resolutions have become redundant and these cannot be implemented . So that is the final verdict on the resolutions .
Sharif also referred to August 5 decisions of Government of India , when Delhi scrapped J&K’s special status and bifurcated into two federally administered union territories . He said that this was unacceptable , because the Kashmiris , according to him, continue to suffer the “ insufferable atrocities” and used high-pitched rhetoric that “ Kashmir’s soil has become blood-red because of the blood-letting” and committed that , he and the whole of Pakistan stands by the people of Kashmir .
It is here where Pakistani leadership has lost track of reality which has evolved in Kashmir after the abrogation of Article 370 , there is no doubt whatsoever that some sections of Kashmiris had reservations about these changes , but later on as they came face to face with the new situation , they found that they had been empowered in the way they wanted. They were free of the threat of violence in the neighborhood, the street protests that disrupted their normal businesses and paralyzed schooling of their children disappeared. They have felt for the past time after the troubles of 30 years that things are changing for better .
Jammu and Kashmir’s Lieutenant Governor Manoj Sinha paid minutest possible attention to all the issues agitating the minds of the people , and he used all the tools of connecting with the people , administering justice , granting them three-tier of the grassroots democracy and a stake in peace and stability in Kashmir . Shehbaz Sharif is having ideas of old Kashmir when Pakistan sponsored terrorism had torn apart all the fabric of normalcy in the Valley. Kashmir has changed, Pakistan must know it .