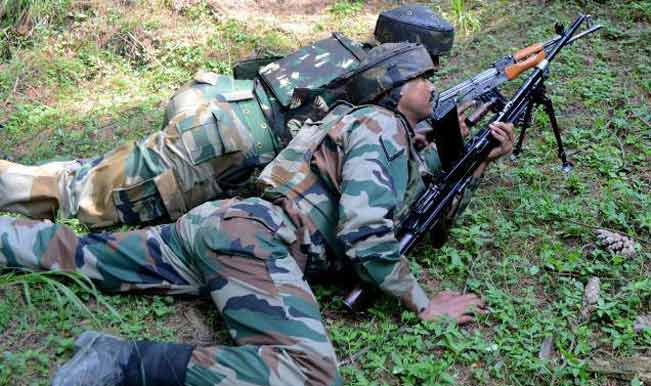 Pakistani  troops opened fire from across the Line of Control  in Pallanwalla sector,  in  Jammu  early Saturday morning continuing  with its consistently provocative acts on the border.

Heavy mortar  shelling and gun fire  were retaliated. There was no report of any casualties from either side, till the reports  last came in.

Army sources said that this was expected that Pakistan would like to escalate tensions on borders following  surgical strikes which hit  terrorist camps in Pakistan occupied Kashmir on Thursday .

“ We are fully prepared to  meet any threat emanating from across the LoC,”   a senior officer told JKNT

Following the Thursday morning surgical strikes,  Pakistani civilian and military leadership have been threatening India with “ befitting reply.” But it is beyond comprehension   that whether Pakistan was rising against India  to defend terrorists , or in the words of famous Pakistan born singer Adnan Sami, “ Pakistanis  consider themselves terrorists.”