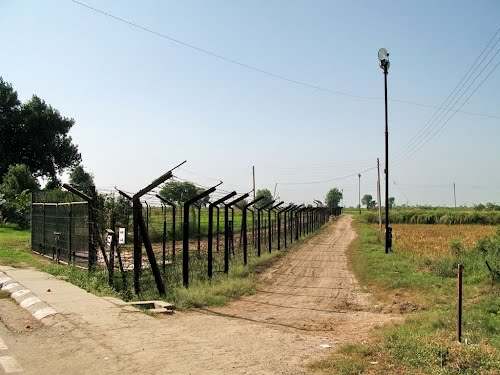 As situation through out the International Border and Line of Control in all the five districts of Jammu from Kathua to Poonch remains normal, but uneasy calm prevails in these border belts with evacuation continues in many villages, mostly along IB on day 2 post surgical strikes.

Deputy Commissioner, Jammu, Simrandeep Singh said that the situation on border is calm, but as precautionary measures people from around 60 villages were evacuated and shifted to safer places.

In Kathua, the Deputy Commissioner, Ramesh Kumar said that 22 villages which are situated on zero line have been evacuated and people were asked to shift to government camps, but maximum people went to their relatives and friends.

The situation along IB in district Samba is little better as only 5 villages were evacuated till late Friday evenings,  Deputy Commissioner, Samba, Sheetal Nanda said the people from 3 villages in Rajpura and 2 in Ramgarh area to move to safer places. She added but many people today said that they do not want to move, then the administration have passed warnings to them to not move out from their houses till next morning and take all necessary precautions.

Whereas the situation is altogether different in twin bordering districts of Rajouri and Poonch, which little evacuation taken place in Rajouri, but there is no evacuation in Poonch.

Official sources said that so far there is no evacuation in any area close to LoC in Poonch district. High alert has been sounded by army in the areas close to LoC. Around 102 kilometer of LoC falls under district Poonch and having 55 villages close to LoC comprising of around 80,000 residents.

While, the district administration of Rajouri said that that army has put people on high alert and meanwhile the villages close to LoC. Many villages and people from most of these villages have moved towards safer places, but all have been gone to their relatives.