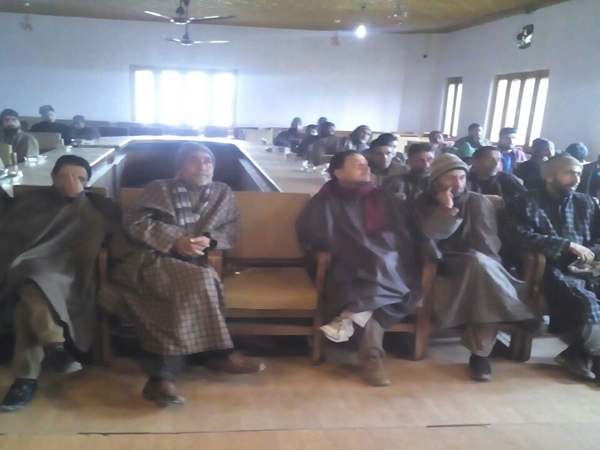 The one day convention of Panchayat leaders  held at Pulwama district of south Kashmir on Thursday was attended by large number of people and Panchayat leaders of the district . Speking on the occasion the Panchayat Conference leaders discussed in detail the problems being faced by the rural population and the grass human rights violations committed by the present government . The Panchayat leaders said that this government has crushed the human and democratic rights of the people and the time has come when people must wake up and teach this government and all such parties a lesson democratically . They said all the so called mainstream parties have always exploited the sentiments of the people on different slogans like autonomy and self rule and when they came to power they left no stone unturned in crshing the voice of the people .  Speaking on the occasion, prominent Panchayat Conference leaders, Bashmir Ahmed Malik, Imtiaz Afzal Beig, Ghulam Hassan Paunzoo, Bashir Ahmed Mir and Nazir Ahmed Laroo .