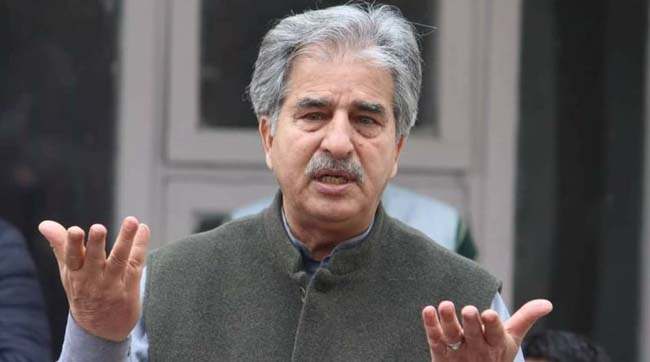 PDP president and former chief minister Mehbooba Mufti’s maternal uncle  Sartaj Madni has quit the post of the  vice president of the party  on Monday in deference to wishes of the party men unhappy with his larger than life role in the party and gross interference in the erstwhile PDP-BJP coalition government that collapsed last month.

Sartaj Madni who had  become a power centre in  the party and  the government today tendered his resignation to Mehbooba Mufti asking her to accept . He resigned  citing  personal reasons , but  he was eased out by the party president after she  was flooded with complaints about him and his style of functioning in the party.

The party men  had revolted against Mehbooba because of the coterie she  encouraged  and allowed them to interference in the government functioning.  Some of the legislators, including former Higher Education Minister Imran Raza Ansariu had  charged the former Chief Minister with  making party and the government as her family fiefdom.

Sources said Sartaj Madni ‘s resignation was  a face saving exercise by the former Chief Minister  who was hollered  by many in the party for permitting her near and dear ones to spoil the government and the party.

Meanwhile , Mehbooba’s arch rival and predecessor National Conference vice president Omar Abdullah remarked rather sarcastically ,” Will be interesting to see what she does with her brother whose entry into politics she termed as a big mistake on her part.”