People of Jammu should feel pain of Valley: Er. Rashid 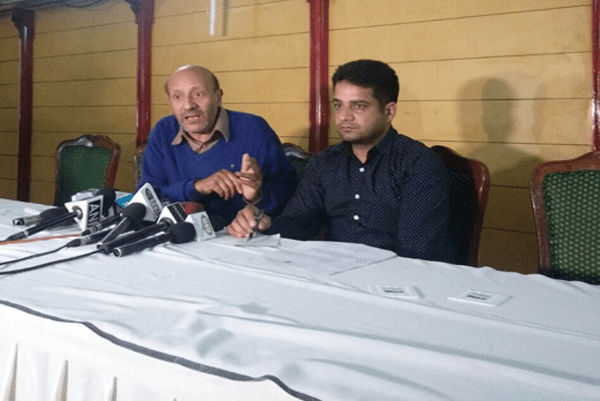 MLA Langate, Engineer Rashid today called upon people of Jammu region to support people of Kashmir and feel their pain. He said that Valley is facing repression from Govt. while some people are trying to create wedge between the region on communal basis.

In his first press conference in Jammu after State High Court ordered state government to lift ban on his movement in Jammu region, Rashid alleged that people of Valley want plebiscite and seek cooperation of other regions to end the era of violence.

Rashid known who had given several controversial statements alleged that MLA Nowshera Ravinder Raina had threatened him several times. “I have apprehensions that series of attacks on me in Jammu in the past may have been directed by Raina. Govt should have booked him, but nothing was done”, he alleged.

“I am thankful to the High Court which has lifted ban on my movement put by PDP-BJP coalition government. By attacking me, communal elements in Jammu are trying to create wedge between the regions”, alleged Rashid.

“People of other regions of the state will have to understand that Kashmiris are not seeking any resolution to dispute on religious grounds but everybody treats J&K a political dispute and wants plebiscite on both sides of LoC including Gilgit and Baltistan”, Rashid said.

“With folded hands, I appeal my brothers in Jammu, I am not communal but under a political conspiracy, government is trying to malign my image. People of Valley have great regards for people living in other regions of the state”, he said.