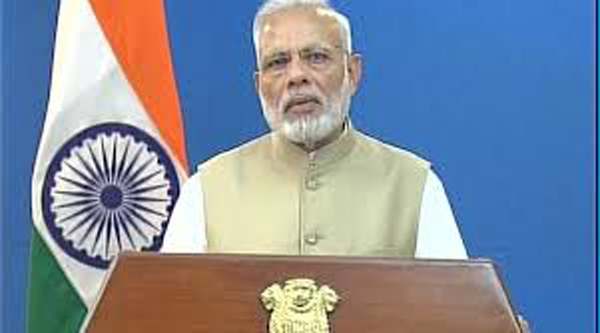 Prime Minister, Narendra Modi on Tuesday  invited views from the people, on the recent decision taken by the Union Government regarding currency notes of Rs. 500 and Rs. 1000.

People can submit their views through a survey consisting of 10 questions, which is available through the Narendra Modi App. Sharing the link to this survey, the Prime Minister tweeted today that he wants a first-hand view from the people, regarding this decision.

The ten questions in the Survey are as follows:

1. Do you think that black money exists in India? a. Yes b. No

2. Do you think the evil of corruption and black money needs to be fought and eliminated? a. Yes b. No

3. Overall, what do you think about the Government’s moves to tackle black money?

4. What do you think of the Modi Government’s efforts against corruption so far? Scale of 1 to 5 – outstanding, very good, good, ok, useless

5. What do you think of the Modi Government’s move of banning old Rs 500 & Rs 1000 notes? a. Great move in the right direction b. Good move c. Will make no difference

6. Do you think demonetisation will help in curbing black money, corruption & terrorism? a. It will have an immediate impact b. There will be impact in medium to long term c. Minimal impact d. Don’t know

8. Did you mind the inconvenience faced in our fight to curb corruption, black money, terrorism and counterfeiting of currency? a. Not at all b. Somewhat, but it was worth it c. Yes

9. Do you believe some anti-corruption activists are now actually fighting in support of black money, corruption & terrorism? a. Yes b. No

10. Do you have any suggestions, ideas or insights you would like to share with PM Narendra Modi?

This survey is in sync with the Prime Minister’s vision of participative governance and directly seeking the views of the people of India on key policy and execution matters.

The Prime Minister has sought answers on very pointed and direct aspects of the decision of 500 and 1000 rupee notes ceasing to be legal tender. He has also sought feedback from the people on how to make the implementation stronger.

The Prime Minister’s core beliefs of direct engagement with people are yet again on full display in the survey.