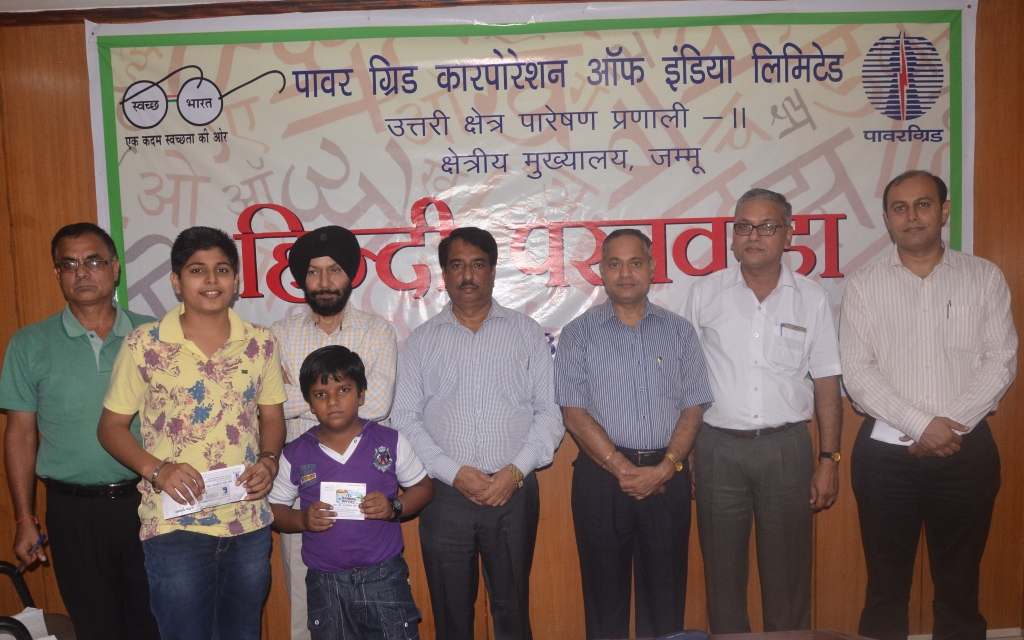 In line with the policy of Union Government to increase the usage and popularity of Hindi in the offices and other departments under its control for wider acceptability of Hindi as official language of the country, POWERGRID Northern Region Transmission System–II organized several programmes during the Hindi Pakhwada from 14th to 28th September 2016.

During the fortnight, Essay, Debates and Poem recitation competitions were conducted for the employees and their family members at all site offices and substations spread in entire region comprising states of J&K, Punjab, Himachal Pradesh, Haryana and UT Chandigarh.

The fortnight concluded today. In the concluding day programme held at its Regional Headquarters, Jammu Amarjit, General Manager(Consultancy)  was the chief guest. Sh. S.D.Joshi, General Manager (Projects), Sh. Paramjeet Singh Chahal , AGM(Vigilanace), Sh. Ajay Holani, AGM( Corportae Planing) ,senior officers, employees and their family members were present on this occassion. Around 60 prizes were distributed amongst the wining participants of various competitions organized in connection with the hindi pakhwada  by these higher officials.

Speaking on this occasion dignatries  appreciated the efforts of POWERGRID  in spreading the usage of Hindi amongst its employees.  Sh.Amarjit  lauded the role of POWERGRID  employees  in popularizing usage of Hindi.  He intimated that   POWERGRID is  providing facilities to employees in learning the Hindi and making working in Hindi possible on computers..   He expressed the hope that with Digital India becoming a reality, Hindi is bound to emerge as  a global language on the international arena.