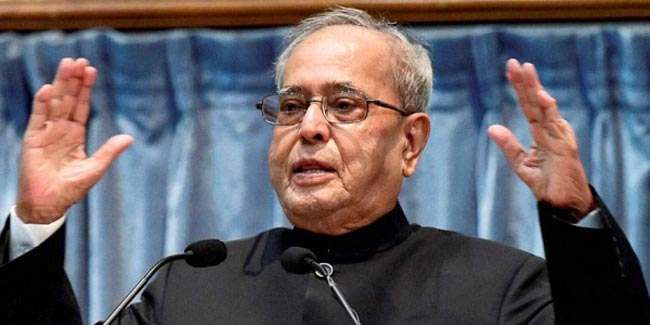 Pranab Mukherjee said yesterday that he tested positive for coronavirus “while on a visit to hospital for a separate procedure”.

Former President Pranab Mukherjee, who has tested positive for coronavirus, is critical after a surgery to remove a clot in his brain on Monday, a hospital bulletin said this afternoon.

Mr Mukherjee, 84, is on ventilator support at the Army Hospital Research and Referral in Delhi.

“Former President of India Shri Pranab Mukherjee was admitted to Army Hospital (R&R) Delhi Cantt at 1207 hours on 10 August 2020 in a critical condition. Workup at the hospital revealed a large brain clot for which he underwent emergency life-saving surgery. Post surgery, he continues to remain critical on ventilatory support. He was also found to be COVID-19 positive (sic),” a bulletin from the hospital said today.

Mr Mukherjee said yesterday that he tested positive for coronavirus while on a visit to hospital for a separate procedure. A veteran statesman and leader, he was India’s president between 2012 and 2017.

Urging those, who had come in contact with him in the last week, to isolate themselves as a precaution and get tested for Covid, the ex-President tweeted: “On a visit to the hospital for a separate procedure, I have tested positive for COVID19 today. I request the people who came in contact with me in the last week, to please self-isolate and get tested for COVID-19 (sic).

“I pray for the well being and speedy recovery of Shri Pranab Mukherjee. I am confident he will be successful in recovering from the virus quickly. Wishing him strength and good health,” Union Minister Piyush Goyal wrote yesterday.

Mr Mukherjee has been bestowed with numerous awards, including India’s highest civilian award – the Bharat Ratna – in 2019. He also won the Best Parliamentarian Award in 1997 and the Best Administrator in India Award in 2011.

Across India, over 22 lakh people have been affected by the pandemic so far; more than 45,000 have died.