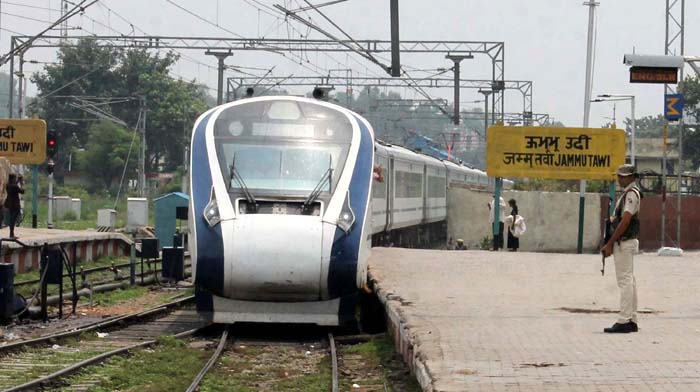 Railways has scrapped a contract awarded to a Chinese company for installing signals and telecommunication network on a 417 km-long freight corridor in Uttar Pradesh.

A day after Telecome Ministry asked public sector company BSNL not to use any Chinese-made equipment while upgrading its 4G facilities, a Chinese engineering company has lost a railway contract it won in 2016.

India Today TV has accessed a note prepared by the Ministry of Railways that underlines that even 4 years after the award of the contract, the Chinese company has completed only 20 per cent of the work from which it’s supposed to earn Rs 471 crore, funded by a World Bank loan. And that is why the DDFCIL, the nodal agency for freight corridors, has decided to terminate the contract.

The note states a series of charges against the company. Foremost being that the company has refused to “furnish technical documents on the logic design of electrical interlocking as per the contract agreement”. A senior rail ministry official explained, “Railway signal and telecommunication systems are used for interlocking rail sections. For operating or correcting errors, the software and the software security codes are the key. The company for long refused to share the technical details and codes.”

“After a series of meetings, the company shared the details which were in Chinese language and were incoherent and incomplete,” the official said.

The railways was worried over the refusal by the company to share details of the software and data. “There was an apprehension that data on the movement of military equipment, personnel and complete trains could be siphoned and sent out of the country if the railways didn’t have complete control over the system,” the source in the ministry said.

Then the railways found out that engineers and authorised personnel were not available at the site most of the time. The company was found to have created no tie ups with local agencies for physical work and no material procurement arrangements were made. Despite repeated meetings, the company refused to start the project in earnest.

Since the project is funded by a World Bank loan, the railways cannot suo moto evict the company by ending the contract. As per the loan agreement, the railways wrote to the World Bank and filed an official request for cancellation some time back, but the apex bank dragged its feet.

Top sources say the Galwan incident became a tipping point and the railways decided to terminate the contract without the World Bank’s permission.

The railways will now end the loan agreement, evict the Chinese company and carry out the project by briging in an Indian player.