Rajiv Gauba may be next Cabinet Secretary 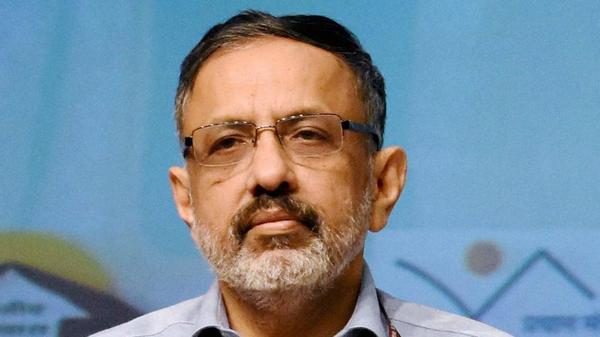 Chief Secretary of Jammu and Kashmir, B V R Subrahmanyam, a 1987 batch IAS officer of Chhattisgarh cadre, seems to be the top contender for the post of union home secretary after Gauba.

Gauba, one of the senior most bureaucrats, had served in various capacities in central government as well as in Jharkhand and Bihar governments, is supposed to complete his two-year tenure as home secretary on August 31.

There is all likelihood that Gauba will be the next Cabinet Secretary, the top post in the country’s bureaucracy, an official privy to the development said.

If Gauba, a 1982 batch Jharkhand cadre IAS officer, is appointed as cabinet secretary, he will have a fixed two-year tenure, which can be extendable for further two years.

Incumbent Sinha was first appointed in 2015 for two years. He got an year extension of service in 2017 and again another year in 2018.

Both predecessors of Sinha — Ajit Kumar Seth and K M Chandrasekhar — had also served the post for four years.

Seth, who was appointed by the UPA dispensation in 2011 continued in the post till 2015 after the Narendra Modi government came to power in 2014.

As per the government rules, no government servant shall be granted extension in service beyond the age of retirement of 60 years but as per rule FR 56, extension in public interest may be given “for a period not exceeding four years in the case of Cabinet Secretary”.

If Gauba’s name is cleared by the Appointment Committee of Cabinet in the new government after it assumes charge on May 30, he will first be appointed as Officer on Special Duty, some time in first week of June before taking over the charge from Sinha, another official said.

He had also served as chief secretary of Jharkhand, Resident Commissioner of Jharkhand in Delhi.

Before bifurcation of Bihar, Gauba had also served as district magistrate of Gaya, Nalanda and Muzaffarpur districts.

Gauba had also served as private secretary to the then Defence Minister George Fernandes in the Atal Bihari Vajpayee government.