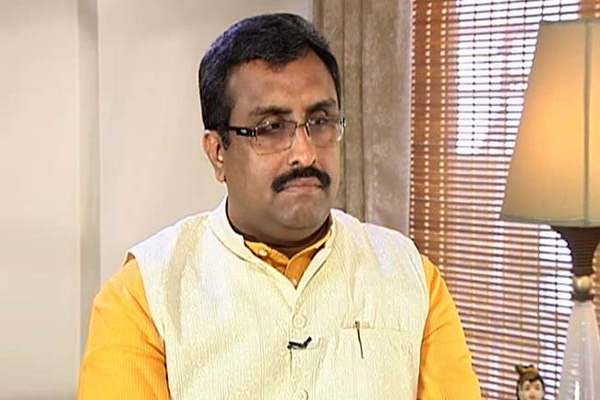 Greatly irritated by the torrential downpour of reports of incompetence and corruption  against the BJP ministers in the coalition government in Jammu and Kashmir  told the party ministers that they  were not made ministers to shake image of the party.

Ram Madhav   told the party ministers  at a meeting here last night  that  he had “ enough of complaints from the party cadre as also from other sources that how you ( ministers) have  failed to deliver. This was not expected of you, and let me tell you that you were not made ministers to  peel off the party’s image and character in this manner.”

Without mincing words,  the sources said,  Ram Madhav who was a  critical character in shaping the BJP-PDP government , asked ministers to show how  has the party benefited from their presence in the government.  “ All I am hearing is negative reports about the party ministers,” he said and added that this is “ unacceptable.”

He said that he was giving them a last opportunity to mend their ways , otherwise  the party would have to think  to change  party faces in the government.”

Among other points, the meeting  deliberated how the party can regain the trust of the people who voted for them in Jammu. That the party was facing flak because of the ministers against whom there were serious charges of being one constituency ministers and  corruption

Moreover, Ram Madhav rued the  fact that the party ministers despite  holding important and public-dealing portfolios  were absent from the scene in Kashmir and other  parts  other than Jammu  city.