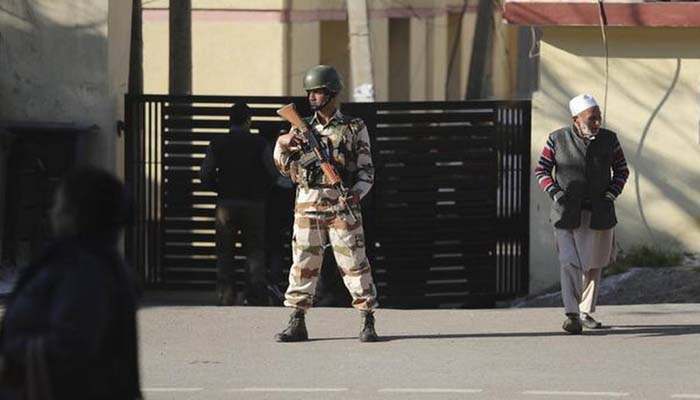 The 72nd Republic Day was celebrated in Kashmir on Tuesday amid tight security, with the main event in the valley being held at Sher-e-Kashmir Cricket Stadium.

The lieutenant governor’s advisor Baseer Khan presided over the function.

Advisor Khan took the salute at the march past after unfurling the national flag.

Braving chilly weather conditions, contingents of police and other security forces took part in the parade after Khan was given the guard of honour.

A security force jawan, who was part of the Republic Day parade, collapsed apparently due to hypothermia, officials said.

The jawan collapsed while waiting in the grounds of the Sher-e-Kashmir Cricket stadium for the march past to begin, they said.

The unidentified jawan was rushed to a nearby medical facility for treatment, they said adding that he was discharged after his condition stabilised.

A brief cultural programme was held after the parade to mark the occasion.

Republic Day functions were also held at other district headquarters and tehsils of the valley, the officials said.

Stringent security arrangements were in place to ensure that the celebrations passed off peacefully, they said.

They said security forces were deployed in strength across the city while security barricades were erected along the routes leading to the stadium.

The officials said drones were also used to maintain a hawk’s eye vigil on any suspicious movement.

As part of the security drill, internet services on mobile devices were temporarily suspended, they added.