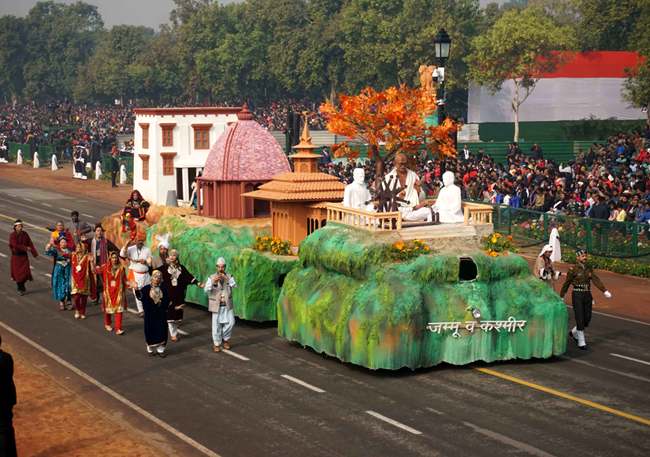 The Tableau from Jammu and Kashmir depicting the composite culture of the State at the Republic Day Parade in New Delhi has won the 2nd prize.

Defence Minister, Nirmala Sitharaman presented the awards to the winning teams at an event here today.

The state prize was received by Secretary JKAACL, Dr. Aziz Hajini  along with Veer Munshi Tableau designer and Nazeer Ladakhi Troupe leader/ Deputy Secretary Culture in presence of artists from across India.

Several other dignitaries from other states were also present on the occasion. Apart from the other States of the Union of India, several Central Ministries and departments had also presented their Tableaux  depicting the Philosophy of the Father of the Nation.

The Governor is also schedule to have an interaction with Tableau artists of the state at 5- Prithvi Raj Road, New Delhi this evening.